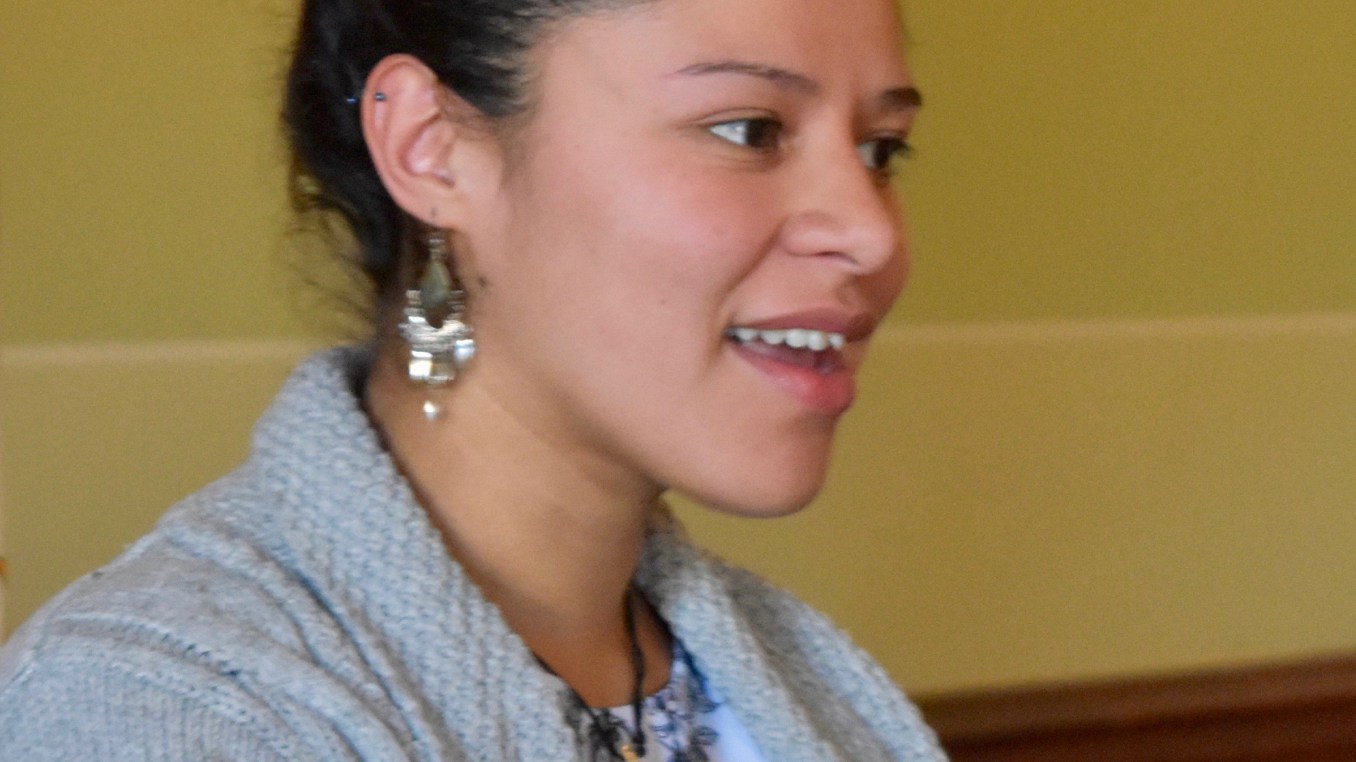 This article originally appeared in Uprise RI. Read it there.

“Everyone deserves the freedom to live full and healthy lives, as well as the ability to sustain their families,” said Rhode Island Jobs with Justice Executive Director Michael Araujo. “With RhodyCare, we can make that vision a reality for all those who work and live in our great state.”

People taking care of a child, an aging parent, or a loved one with a disability face financial and emotional burdens, say advocates for the new program. Rhode Islanders and women in particular, are being overwhelmed with balancing the high costs of living and stagnating wages while childcare and eldercare expenses are rising uncontrollably. Continued racial inequality also means women and families of color face even greater struggles to support their families.

Susan O’Connell is a Rhode Island resident, small business owner and single mom who became the primary caregiver to her father when her mother died. Her father had early onset dementia and could be difficult at times. The time spent caring for her father necessitated the shuttering her business. O’Connell spent her days driving her daughter to high school in Providence and caring for her father at his home in Little Compton.

A program like RhodyCare would have been a tremendous relief to O’Connell. “The idea that there is somebody to call so I can just take a shower and not worry that my parent is going to fall down a flight off stairs,” said O’Connell, after relating her very emotional and exhausting story. “We need to be better – for our neighbors and for ourselves…”

Jobs With Justice maintains that approximately 134,000 family caregivers in Rhode Island bear the brunt of caring for their children, an aging parent, or loved ones, and they are uncompensated. They provide an average of 142 million hours of care, with an estimated economic value of $1.78 billion per year.

“Many caregivers, especially women, are saddled with the enormous burden of being there for their families both physically, financially and emotionally,” said Ada Fuentes-Zullo, an organizer with the National Jobs With Justice and noting that here are similar efforts happening in other sates. “Last year Hawaii passed a new program to provide a financial stipend for working family caregivers to allow them to remain in the workforce. Next week the State of Washington will be hearing legislation to create a new public long-term care program that will build upon paid family leave. In Maine, voters will consider a ballot initiative in November to create a new, universal home care program.”

Better Living Social Club is an elder care/daycare facility that encourages inter-generational interaction founded by RN Keri Beth. It leads to better outcomes for elders when there are children in the room. It’s anchored to a living wage paid to every worker inside that system. It’s an example of a new way to provide care, the kind of idea that RhodyCare would work well with.“RhodyCare,” says Jobs With Justice, “launches at a pivotal moment for care giving families throughout the country. Rhode Island has the oldest per-capita population in the country. As baby boomers reach retirement age, more people will need sustainable care options that can support a better quality of life for care giving families and older adults and people with disabilities. With paid leave laws already in place and broad support for childcare, Rhode Island is uniquely situated to set an example for other states to follow. Its citizens already have recognized the value of care and the modern-day support families need to work, care and live, with dignity.”

“We need new systems,” said Keri Beth. “We need a community focus. We need to humanize the care… It’s time for a change. It’s time for RhodyCare… I am committed to fixing the system. That’s what I see with RhodyCare.”

Here’s the fact sheet on RhodyCare from Jobs With Justice:

What is RhodyCare?
RhodyCare is a new program that will give Rhode Islanders peace of mind so that they don’t have to choose between paying the bills and caring for their families. Rhodycare will provide a subsidy to help cover the cost of in-home care, adult daycare, or child care for a loved one at every stage of life. The flexible, per-elder or per-child subsidy could go to whoever is providing care – whether it is a family member, informal caregiver, or a professional care provider.

Why do we need RhodyCare now?
By 2040, our sixty-five years and older population will be 75 percent more than in 2010, and we will have the largest proportion of residents over the age of eighty-five of any state in the country. As our population ages, our services must adapt to this new reality for our families – and we should be able to access care when we need it. As it stands, the cost of home care and nursing facility care costs more than the median annual household income in the state.

Doesn’t Medicare pay for eldercare?
Contrary to popular belief, no. Medicaid, not Medicare, is the nation’s largest publicly-financed payer of long-term services and supports. In Rhode Island, it covers 60 percent of nursing home residents. Medicare does not cover most long-term care outside of a nursing facility, such as hiring a home care aide. Often, families must sacrifice their financial security to qualify for Medicaid, “spending down” their assets to less than $2000 to qualify for the benefits they need.

Isn’t there already a program for child care assistance in Rhode Island?
The Child Care Assistance Program (CCAP) supports working families making less than 180 percent of the federal poverty level by paying for all or part of the care costs for children age 13 or under. While CCAP is an important source of support, too many low-income families who aren’t eligible still struggle to get by. RhodyCare would cover these families, and the subsidy could be used to pay for a licensed child care center, a licensed family child care home, or for care from an approved relative, friend, or neighbor.

How are we going to pay for this?
Everybody pays in and everybody benefits. Rhode Island residents would contribute through a small tax – either a payroll tax, service excise, or income tax. Anybody living in the state who pays for care can qualify for the benefit.

Who would administer the program?
The RhodyCare Trust Fund Board will administer and manage the funding stream and ensure that the RhodyCare Trust Fund stays healthy. A RhodyCare advisory board will provide guidance to the board, and a director will oversee the day-to-day operations and provide timely reporting to lawmakers. A community accountability board will provide oversight. UHIP will manage delivery of the subsidy. By using an already existing infrastructure, we can reduce startup costs and get the program working quickly for families.