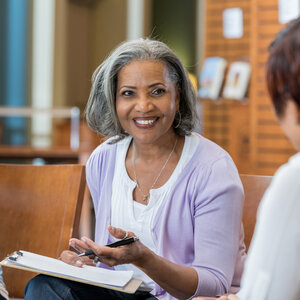 This article first appeared in Philanthropy News Digest. Read the original there.

The Equality Can’t Wait Challenge, an effort launched in 2020 and managed by Lever for Change with support from Pivotal Ventures, Giving Pledgers MacKenzie Scott and Dan Jewett, and the Charles and Lynn Schusterman Family Philanthropies, has announced grants totaling $40 million in support of projects dedicated to advancing women’s power and influence in the United States by 2030.

Selected from among five hundred and fifty proposals following a multi-phase process, four organizations or coalitions were awarded $10 million each in support of projects that leverage the inherent strengths and power of women to tackle the barriers they face in society. Recipients include the National Domestic Workers Alliance and Caring Across Generations in support of a cross-movement coalition with the potential to transform antiquated attitudes around caregiving as unpaid work and establish a publicly supported care infrastructure; the Ada Developers Academy, which will work to expand an immersive training and internship program that creates pathways for thousands of women and gender-expansive people into software development careers; Girls Inc., in support of a project to accelerate young women’s trajectories through college and career entry; and New Mexico Community Capital and Native Women Lead, which are working to support and scale impactful businesses owned by Native women.

Two additional finalists were awarded $4 million each: FreeFrom, in support of its efforts to foster an ecosystem of long-term services and public policies that assist survivors of intimate partner violence; and IGNITE, to help scale programs that train young women to flex their political power as voters, activists, policy makers, commissioners, and candidates.

“The overwhelming response to the challenge proves there’s no shortage of transformational ideas about how to accelerate progress for women and girls,” said Pivotal Ventures founder Melinda French Gates. “The next step is to make sure those game-changing ideas get the support they need to become fully realized and improve people’s lives. We can break the patterns of history and advance gender equality, but we must commit to lifting up organizations, like the ones receiving awards today, that are ready to lift up women and girls.”