The hardest time of my life. Lee Giles reflects on her past and her daughter's future. - Caring Across Generations 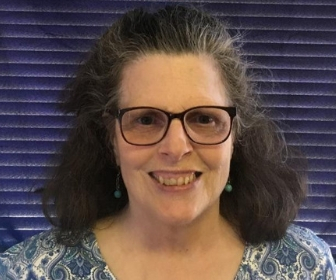 The hardest time of my life. Lee Giles reflects on her past and her daughter’s future.

Lee Giles is a 74 year old family caregiver, homecare worker, and elder from Veazie, Maine. Lee’s been around the block more than once as a caregiver. She would not trade those experiences, but she worries — a lot — about what her daughter’s future would be like, if her daughter had to make the same choices now, with Lee in mind. She put it this way,

That’s one of the core reasons she’s also a strong supporter of the Homecare for All initiative on the Maine ballot this November 6th.

I was thrilled when my daughter, Jennifer, was born. I had been working as a social worker with the elderly in Ohio – I’ve always loved working with older people and have always been drawn to them. But, the office where I worked did not want me to be too far along in my pregnancy and working. I was pretty irked – I thought it was so stupid that I had to leave my job. But. at the time, it was not unusual for a mother to quit her job for a few years to raise her child.

Even though I was annoyed, of course having Jennifer was amazing. I was a little scared, because I knew it was a tremendous responsibility, but it was also so cool! There was this little being who we created, and I was responsible for her. We used to travel a lot, but Jennifer didn’t care where we went as long and she could breast feed! Soon after Jennifer was born, we moved to Maine for my husband’s job.

When I was in my late 40s, my late husband, Richard, was diagnosed with a brain tumor. I, once again, quit my job to take care of him. I had to take care of him at home – I had no choice in the matter. If he had been in a nursing home, they would have just had him sitting there staring at a wall. For 18 months, he fought the cancer and I was there by his side. The disease started just by making it impossible for him to do very basic things that he loved. He couldn’t read or speak, and he constantly had seizures. By the time I lost him, he was unable to feed himself.

In some ways, taking care of my husband was a very positive experience. I became very empowered and realized that I could adapt to his constantly evolving brain tumor symptoms. It was a stroke of luck that we never actually got married so he was able to get covered by Medicaid and Supplemental Security Income through Social Security.

Even so, caring for my husband was, without a doubt, the hardest time of my life. At the same time, worrying about how I was going to pay the bills made everything much more difficult. The option of having additional financial support or a homecare worker to help us to care for Richard would have made a world of difference to me.

Later in life, I started working as a homecare worker myself. I had worked as a social worker, but I was drawn to homecare because of my love for the elderly. I loved working with, getting to know, and helping older people. But due to budget cuts to vital care programs, I was forced to quit a necessary job that I absolutely loved. At one point, Medicare cut back drastically on support for homecare, so I found myself in a last-hired, first-fired situation, even though I was very good at what I did.

After all of these experiences, I’m here today. At age 74, I’m in my golden years. As my health deteriorates (I have terrible bladder problems, chronic depression, and problems with feeling sensation), as it will for all of us someday, I will need more and more help. I don’t want to be the burden that makes my daughter’s life difficult. The last thing I’d want is for my daughter to feel like she’d have to quit her job for me in the next few years.

While I do not regret my decision to quit my job after Jennifer was born, I was never able to pull out of the financial hole I ended up in after taking care of both her and Richard. Like many other women, as I raised my daughter and cared for my husband, I was unable to contribute to Social Security, save for retirement, and contribute to our family’s mortgage.

Homecare is a rapidly growing demand, and as we continue living longer, we need to support the homecare industry. We also need to keep young people in Maine, and strengthening this vital industry, by paying the workers a living wage, will help our state grow and our economy boom. Homecare needs to be funded and given more respect, and homecare workers need to be trained and given a living wage.

Follow the stories and experiences of Lee and others and join in the conversations about how we create community and break the isolation of caregivers on our Facebook page and on Twitter using the hashtags #WeKnowYouCare and #NationalCaregiversMonth.