Let’s talk about (On The Basis of) Sex, culture, and caregiving - Caring Across Generations 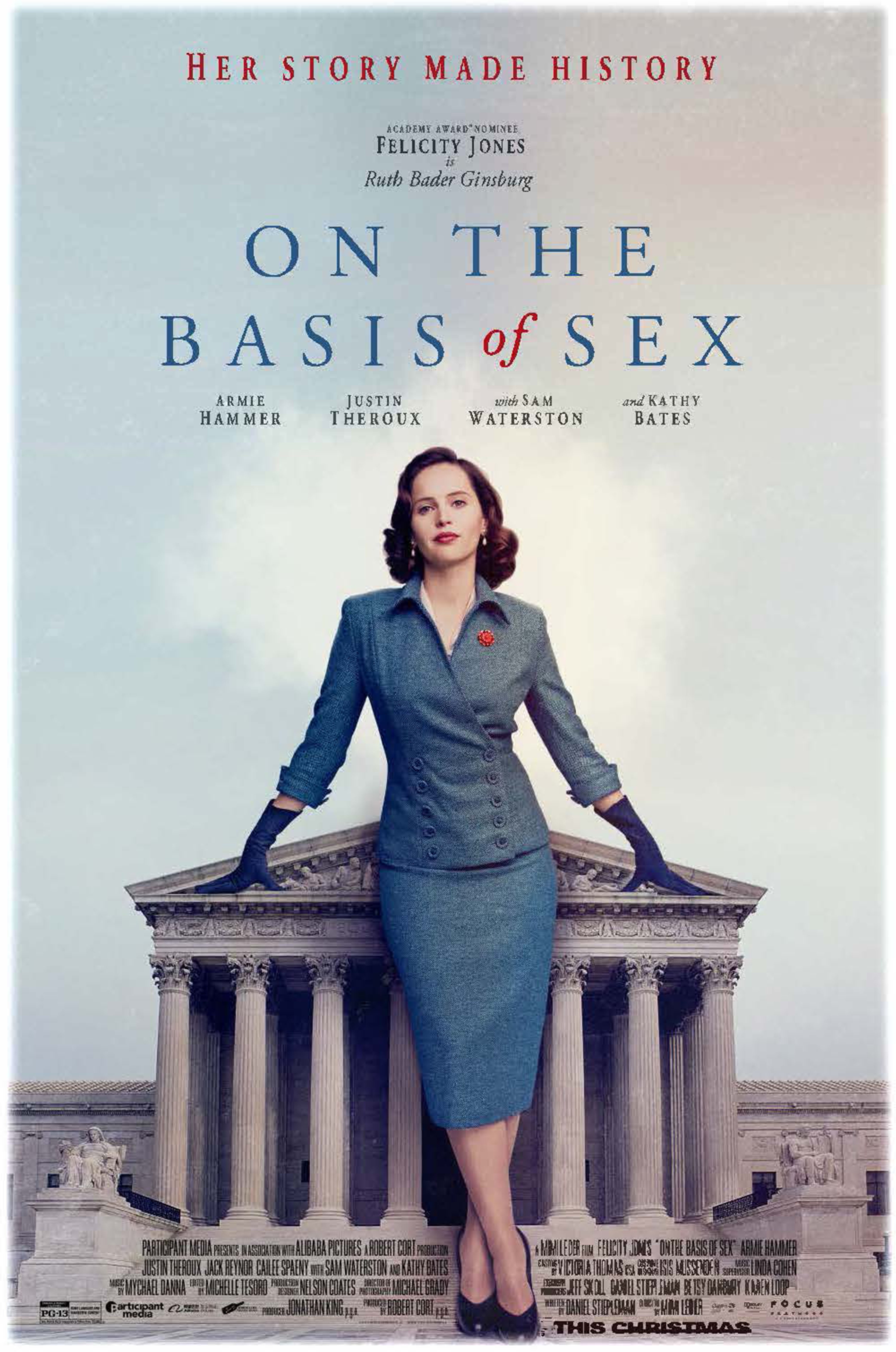 Let’s talk about (On The Basis of) Sex, culture, and caregiving

Pop culture can be a great entryway into meaningful conversations. For example, we were part of a deep conversation on how critical “Housing and the defining of ‘home’ is…to belonging, independence, and giving and getting the care we want”. This was part of six weeks of watching, tweeting, blogging and chatting about Speechless. Speechless is an ABC comedy that puts a face on caregiving, still largely invisible in our culture.

We’re looking to do something similar again. This time we’re taking on the gendered nature of care and caregiving and how that impacts the societal value and visibility of caregiving, with the Ruth Bader Ginsburg bio-pic, On the Basis of Sex, as the focus.

The key plot point of On the Basis of Sex is a groundbreaking case that Ginsburg hopes could overturn a century of gender discrimination. This case is filed by Charles E. Moritz, the sole caregiver for his aging mother. As an unmarried male caregiver, he is unable to access a caregiver benefit. This is a tax deduction that would enable him to hire a home care worker while he goes to work. At the time, this benefit was only available to female caregivers.

We’re using this story as an opportunity to highlight male caregivers and have conversations with them around masculinity and caregiving. Traditional notions of masculinity are stumbling blocks for men who take on care responsibilities. For instance, expecting women to do most of the emotional work of holding relationships together ill-equips men to take on some of the most difficult aspects of doing care work well. Things like asking for help, taking pride in providing care, and taking responsibility for building their support network.

As part of the project, we’re hosting a special screening of the film in Los Angeles on Sunday, December 9, 2018. Immediately following the film, we’re hosting a panel discussion. It features Justin Baldoni, who plays Rafael Solano in the CW show Jane the Virgin, and Scott Miller, a family caregiver and the father of actress Lauren Miller Rogen. Joining them will be our co-director Ai-jen Poo and careworker Allen Galeon of Caring Across partner Pilipino Workers Center. Justin recently launched Man Enough, a male talk show that is redefining traditional masculinity.

We know you want to be in the building as Justin, Scott, Allen, and Ai-jen talk, so we’re bringing the conversation to you. Follow #WeKnowYouCare on Twitter Sunday night for a glimpse into the conversation. And stay tuned for more on On the Basis of Sex, masculinity, and caregiving.