Culture Change, Tech, and Care at SXSW - Caring Across Generations 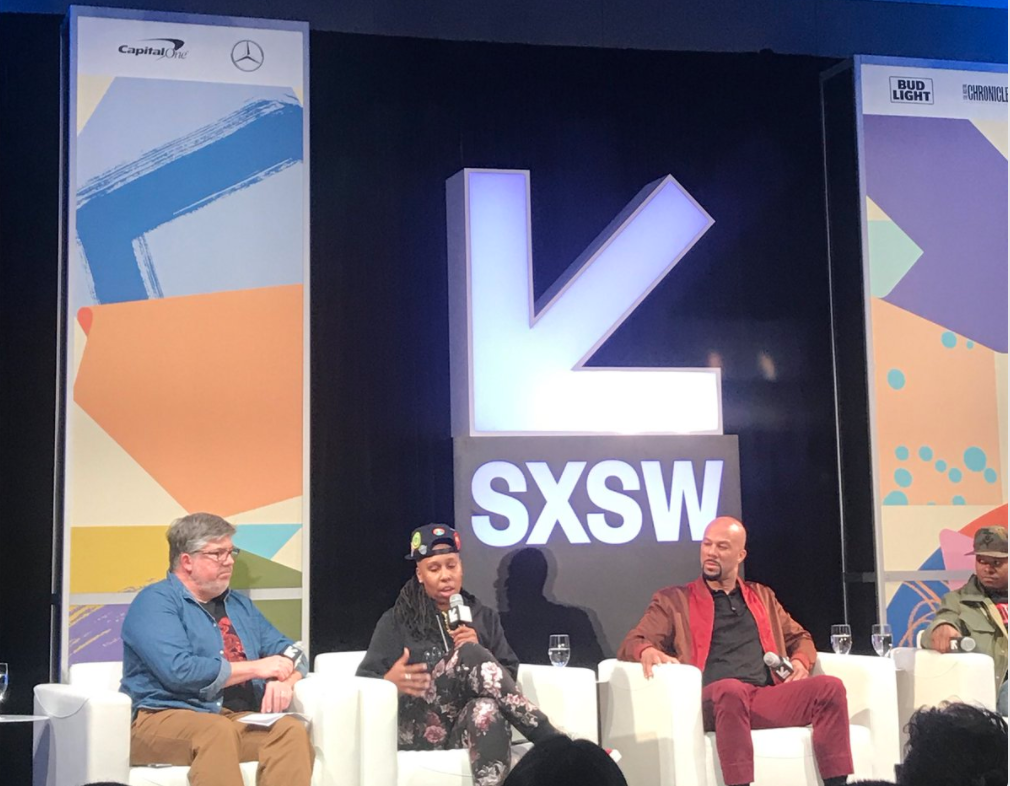 Our Culture Change Director, Ishita, took a trip to South by Southwest (SXSW) last month, and brought back lots of interesting insight into what happens when technology, film, music, culture change and brands converge. Read on to find out more about what people at the fest had to say on the future of care (robots? ehh…), how SXSW is a lot like Burning Man, and who the cutest festival attendees were (hint: not celebs).

So SXSW has been a gathering of folks from music, film, and tech for some time. What was Caring Across doing there, and as a culture expert, what caught your eye?

Culture change is a core strategic focus of ours at Caring Across, and in order to know what parts of culture we can leverage and transform, we have to know the trends are! But also (and this is super cool), we were there representing a new cohort that we’re part of called Storyline Partners. It is a network of social justice organizations, culture change strategists, and people from the entertainment industry, all working to promote authentic and nuanced narratives in TV and film. We want to serve as a rapid-response and narrative resource for the entertainment industry to make communities and issues that are misrepresented and/or underrepresented in pop culture more visible. Cool, right?

We’ve been working with partners at National Domestic Workers Alliance, Color of Change, Define American, the ACLU, Harness, Muslim Public Affairs Council, etc. to establish the network and we had a booth at the trade show at SXSW. We even got some shout-outs at panels! 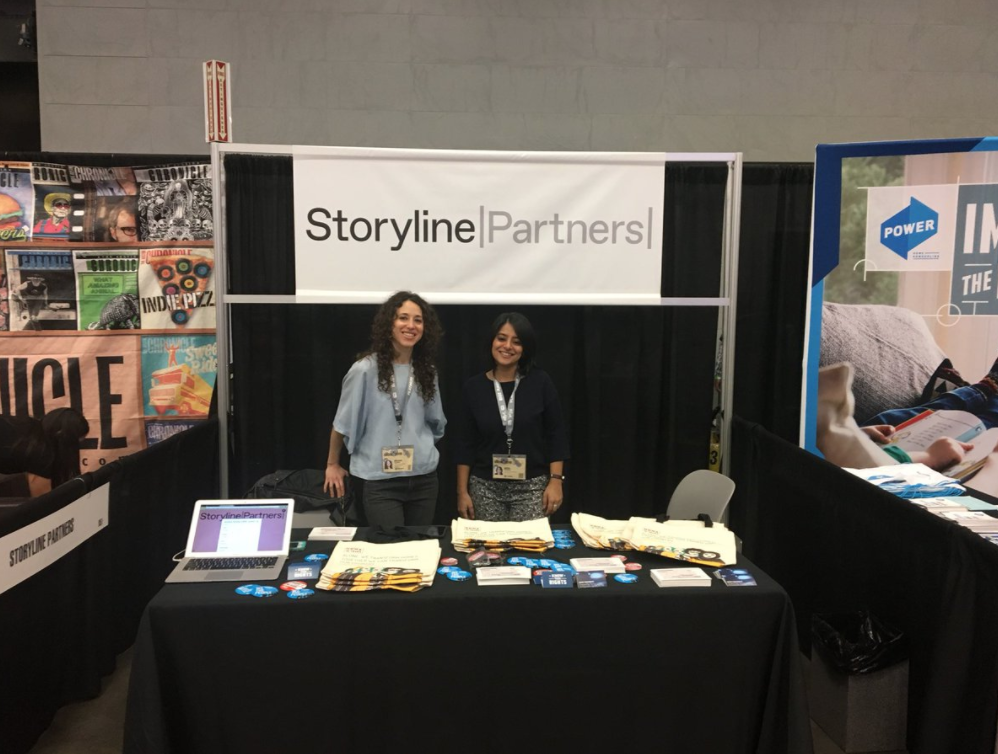 I was definitely struck by the number of panels about social justice movements, and how they’re working with the film/tv/digital/technology world to shift cultural norms. There were a bunch of panels about #MeToo and #TimesUp, and even more about representation of women and people of color in these industries. Call me an optimist, but it felt like that was an indication of culture change, right there!

Was care and caregiving a big theme at the festival? How are the thought leaders at SXSW approaching the issues that family caregivers face?

This is a bit of a downer, but a lot of the conversations surrounding care at the festival were about how we can get robots to replace caregivers. I felt like a bit of a naysayer, but I really do believe that care is a job where you need intuition, empathy, and human contact. Care is going to be one of the last jobs done by humans, and though technology that helps with care is wonderful, I’m a bit concerned that some people are losing sight of how important human contact is to the act of caring for someone. And let’s be real, it’s partly because technology is cool, but mostly because there’s money to be made off it. I just wish the panels were more balanced, and had people on them who represent human caregivers, rather than just robots!

“Think about what products like Alexa are doing for our senior population-“ @kvaldes13. [If we could take money-making out of this convo, it would be even more exciting]. #capitalism #sxsw @CaringAcrossGen #techforgood #culturechange

So robots are the future then? We see it come up a lot in the news and more future-oriented aging forums.

I mean they’re definitely in our future, but not for care work. Some things, like caregiving, require a complex combination of the emotional, physical, intuitive, mental, interactive faculties, and I just don’t think robots can make that happen! But I was really heartened by a conversation I had with Benjamin Reinhardt, an engineer working to design a care robot. He was clear that this robot would be supplementing human caregivers, not replacing them. It could help with some physical activities and be present for a couple of hours if the [human] caregiver had to leave the house for a couple of hours. It would also be controlled remotely by a real person, who would know immediately if anything was wrong. And he really understood where we were coming from, because he is the secondary caregiver for his grandmother who has dementia.

That sounds reasonable – so do you think there’s a way we can develop technology that will benefit us as we age, but not isolate us?

Oh, definitely….I love technology, and am super interested in the ways in which our lives will continue to change with artificial intelligence. I mean, look at how popular Alexa and Google Home are with older folks!

A little off topic, but want to end with a fun question, since it was a festival, after all! So, what was the funniest thing you saw at SXSW?

Oh definitely the VICE tent. They had a DJ, drinks, and a bunch of baby goats (with a long line of people waiting to hold them)! They were super cute, but it did feel a little exploitative to have them there to lure people into their booth.

Also, the experience of walking around Austin and constantly being handed free snacks and drinks by all the big media companies and TV shows was pretty surreal. Sorta like Burning Man, except uber capitalist.

Is it just me or is #SXSW a bit like Burning Man (except with non stop Tweeting)? There’s free food and booze; everyone seems to be here; and there’s so much happening that it’s impossible to do + see even a tiny % of what you want to do + see. #overwhelmed 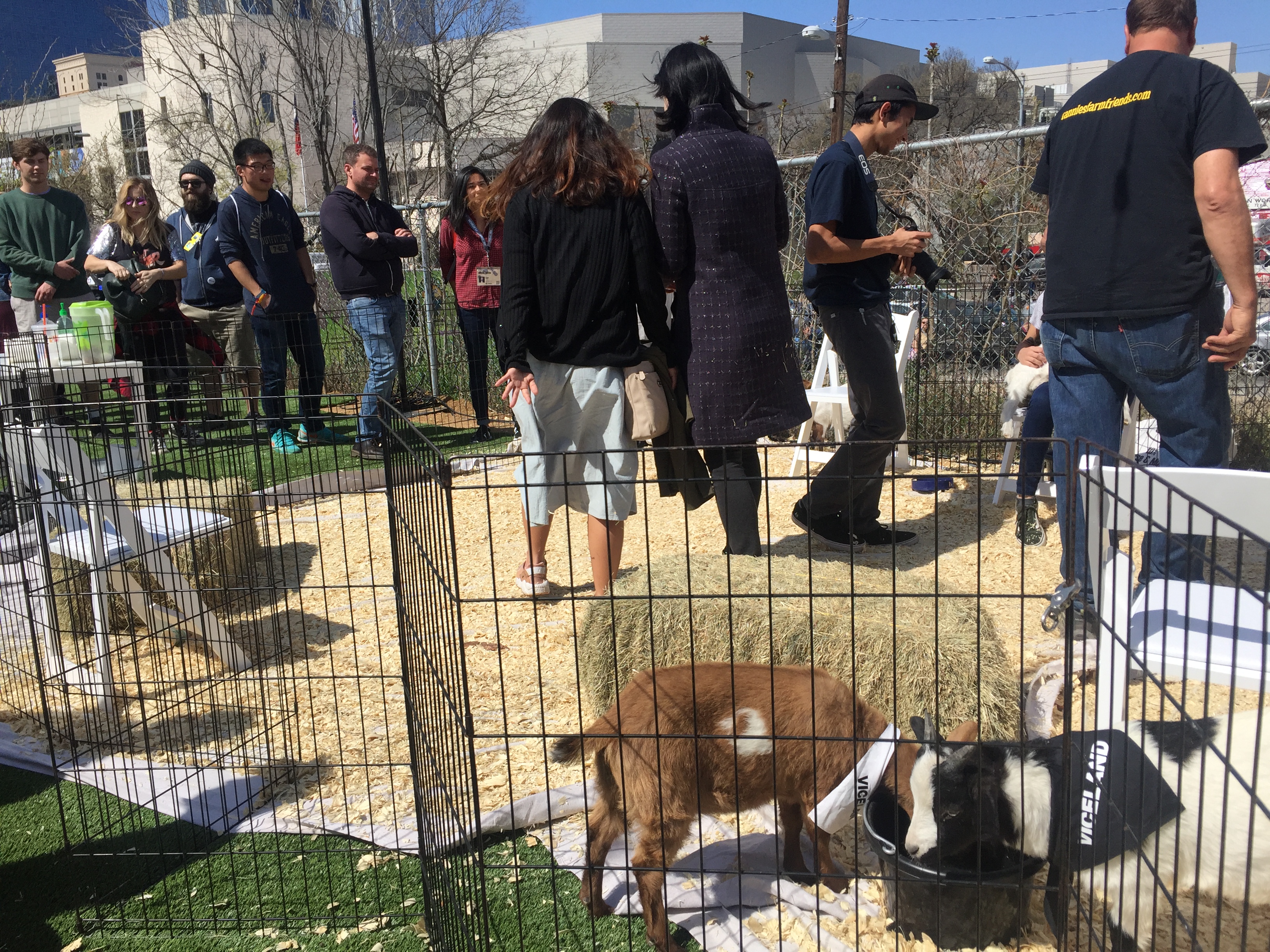 PS- You didn’t ask but I can’t wrap this without saying that I went to panel where the creator and cast of This is Us spoke about the show! They talked about how gratifying it was to work on a show that highlights simple stuff like love and family and does it in all the right ways. Highlight of the festival for me, for sure!