Column: Caregiving costs are not just for the elderly - Caring Across Generations 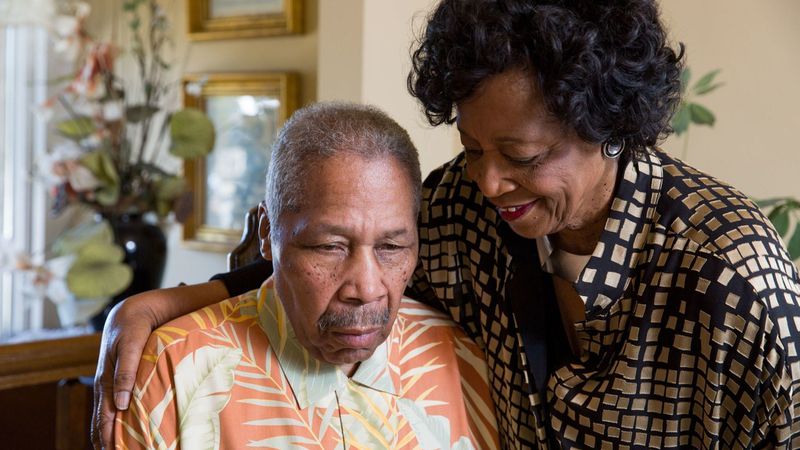 Column: Caregiving costs are not just for the elderly

This article originally appeared in the Chicago Tribune on July 2, 2019, and has been reprinted nationwide as part of the Rural Health News Service. Read the original here.

Is the U.S. ready for a discussion about paying for caregiving, an increasingly vexing and costly problem for a growing number of Americans?

The answer may be “yes.” It has become obvious that long-term-care insurance is not the answer to paying for nursing home and other kinds of care for the elderly. Sales for this product have been declining, the result of sky-high premiums, rate increases, and the difficulty of qualifying for a policy if you’re sick.

But the elderly are not the only Americans needing care. At the other end of the age spectrum, paying for childcare is becoming harder and harder except for families with the fattest salaries.

In between are middle-aged women, many of whom have left the workforce to become caregivers for elderly parents. Not only do they not get paid for the care they give, but they jeopardize their own income security and health care when they reach retirement age because they have quit paying into Social Security.

The need for financial help is clear and growing. Among those turning 65 today, 70 percent will eventually need help with one activity of daily living such as eating and bathing. Fifty-two percent will need significant long-term services and supports for two activities of daily living. Among those needing such supports now, 40 percent are working-age adults, many of whom need lifetime care, according to the National Academy of Social Insurance (NASI), a non-profit, nonpartisan Washington-based organization, which fosters the understanding of America’s social insurance programs: Social Security and Medicare.

But what if there were a program where Americans paid a little bit each month through their entire working life just as they do now to qualify for Social Security and Medicare benefits? Over a lifetime, a person would be entitled to a benefit just as paying into Social Security entitles them to receive disability benefits and their surviving spouse or children to receive survivors’ benefits should the person die.

In the last 20 or 30 years policy proposals in this area didn’t match the magnitude of the problem, says Marc Cohen, a co-director of the LeadingAge LTSS Center at UMass, Boston. But now a more far-reaching proposal has surfaced.

An advocacy group, Caring Across Generations, has just released a document outlining options for a long-term care benefit for states to consider. The work is the result of panel convened by the National Academy of Social Insurance.

For too long, policy makers and the media have avoided discussing the reality of the caregiving problem, although it has surfaced in the presidential campaign with a nod to the challenges of paying for childcare.

“Universal family care is a more comprehensive approach to the care crisis,” says Dr. Benjamin Veghte, research director at Caring Across Generations who led the NASI study panel. “This is very feasible. We know how to do this.”

The study panel lays out a number of options for the states to consider. For example, should there be only modest benefits, or should there be more generous benefits that would cost more? Should a program cover just workers, or should it be more universal?

Another decision, Veghte says, might be deciding to finance the benefits exclusively through worker contributions or include some general revenues. Medicare Part B, and Part D, which provides the drug benefit, are heavily funded with general tax revenues.

This spring Washington state passed a law, the first of its kind in the country, that establishes a social insurance program for long-term care. All residents will pay 58 cents on every $100 of income into a state trust fund. That’s estimated to cost the average worker about $18 per month. When they become eligible for services, they can receive benefits of $100 a day up to a lifetime cap of $36,500.

Those receiving care can choose what kind of services they want or need. They can even use it for financial support for family caregivers.

You might be thinking the plan is not very generous considering that the average price of a semi-private room in a nursing home is about $7,400 per month, but it’s a start.

[Most read] Panic as police respond to Loop building for reports of active shooter that turned out to be drill: ‘It went terribly wrong’ »
It’s more than just a start, though. It’s a huge step forward to solve what has become a growing and seemingly intractable problem for Americans. Washington state is thinking outside the box. Time will tell if others do, too.