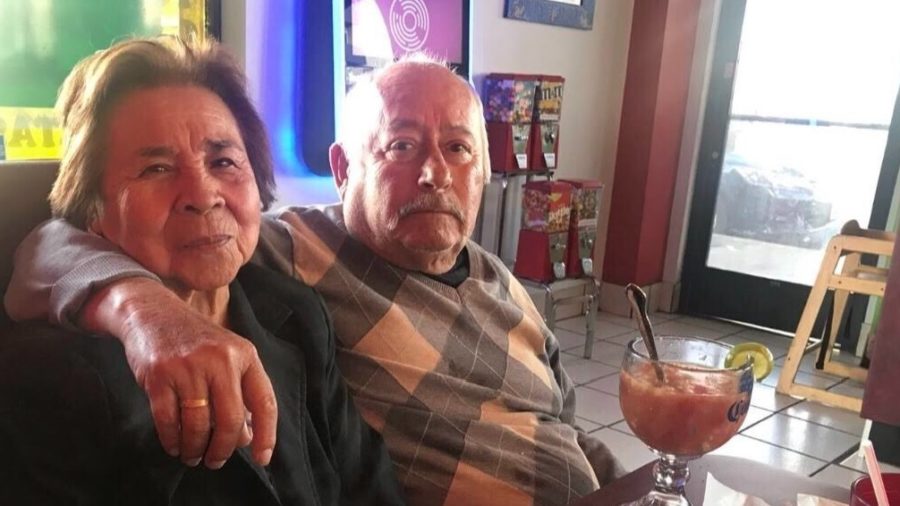 This segment first appeared on NPR on March 9, 2019. Listen to the original here.

About 40 million people in the U.S. are family caregivers, providing assistance with everyday tasks for relatives. One quarter of them are millennials.

About 40 million people in the United States are considered family caregivers. They provide regular assistance with everyday tasks for a loved one, relative, even a close friend. Of the 40 million, 1 in 4 are millennials. From Los Angeles, Isabeth Mendoza reports on one such caregiver learning to balance family with her own ambitions.

ISABETH MENDOZA, BYLINE: Nitzia Chama sings to her grandparents, whom she calls Papa Albanito and Mama Chuyita. They were the only family she had in Los Angeles when Nitzia moved from Veracruz, Mexico, to pursue an acting career. When she started caregiving six years ago, she’d occasionally travel an hour from her apartment in the Valley to her grandparents’ home in Los Angeles. But over time, they became more and more dependent. Her grandmother developed arthritis. Her grandfather was diagnosed with diabetes, early stages of Parkinson’s disease and Alzheimer’s. Now Nitzia spends most of her time at her grandparents’ house in LA’s Cypress Park neighborhood, only going back to her place once in a while to pick up fresh clothes.

MENDOZA: Mama Chuyita says Nitzia takes them to the grocery store, to get a haircut and to the fashion district alleys in LA. Her grandparents are U.S. citizens, and Nitzia is a legal permanent resident, so she can work and live in the U.S. until she needs to renew her status.

MENDOZA: Papa Albanito chokes up as Nitzia coaxes him to talk.

MENDOZA: Papa Albanito tells Nitzia that if she were to die, he’d die, too, because Nitzia is all they have.

JOSEPHINE KALIPENI: It’s things that we do out of familial obligation and honor and wanting to really honor our parents. It is a sacrifice.

MENDOZA: That’s Josephine Kalipeni, director of policy and partnerships for Caring Across Generations, a national initiative to transform the long-term health system in the U.S. Her group wants to make it easier for family caregiving to be recognized as a form of in-home care that’s eligible for financial subsidies from the state and count toward Social Security.

KALIPENI: We’re talking about really ethnically diverse communities made up of immigrants and sometimes really mixed-status families. And so if we’re really thinking about solutions, we have to think about the current immigration structure and the challenges that it poses for care and for caregiving.

MENDOZA: In fact, according to AARP, Latinx millennials clock in an average of 42 hours a week compared to 36 hours by other millennial caregivers. And many of them also have full-time jobs.

CHAMA: As a Latina, I can see and I can feel, like, we are, like, different with our family. In my case, I’m 30, and I’m working, yes, I’m doing my own things, but my happiest place is with my family.

MENDOZA: Nitzia doesn’t see caregiving as a burden. She knows it’s becoming the norm, and for her, it is the right thing to do.

CHAMA: If we have this tremendous opportunity to take care of them, we have to do it with love, with patience. We have to make them feel like they’re so important in their lives.

MENDOZA: As a Papa Albanito and Mama Chuyita’s needs increase, Nitzia will continue to be their caregiver, accompanying them on every adventure to the hair salon, grocery store and doctor visits. For NPR News, I’m Isabeth Mendoza in Los Angeles.