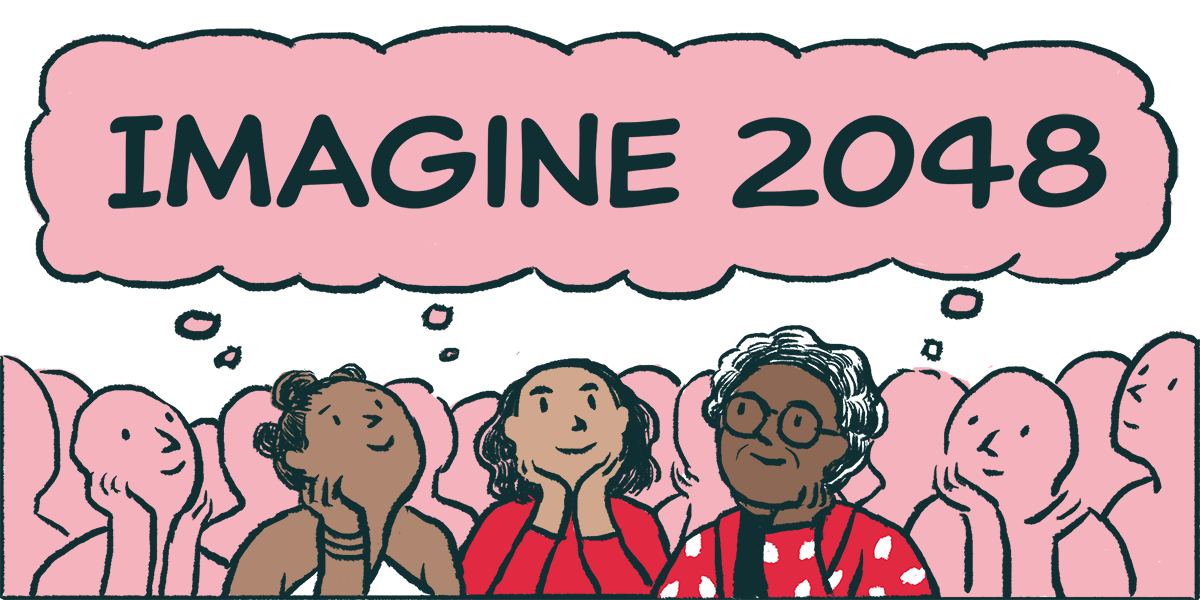 Imagination is powerful. When we imagine, we step outside existing boundaries. We step outside existing obligations. We unleash our vision. We give ourselves freedom. At Caring Across we’ve been imagining the kind of world we want to live in. A world where anyone can live fulfilling lives filled with joy, love, dignity, and community.

That future is #Imagine2048 – a glimpse thirty years from now into the lives of Elizabeth, Brianna, and Mia. These women are able to have careers, take care of their children, parents, and partners, AND enjoy their lives. (Amazing, right?). It isn’t because they’re super-rich or superheroes. It’s because by then, we’ve made what’s the exception today – the simple possibility of being there for our families – the rule for all.

Below, we’re including the entire #Imagine2048 series. You can also see the pictures on our Facebook page and in delightful Twitter thread. See what the future of care could look like, and then join us in working to get there. 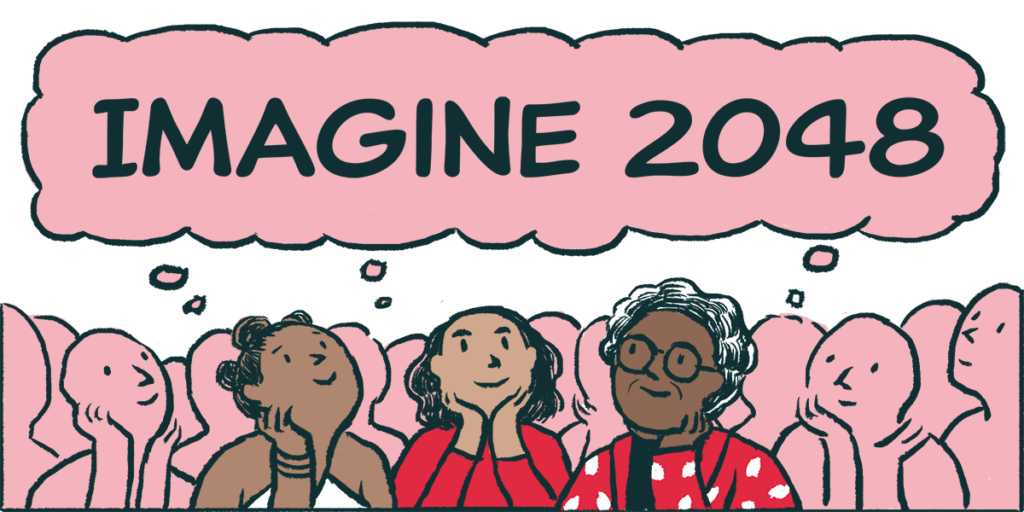 Thirty years from now, the country is feeling a lot better than it is now. The power of the movements of the teens and ‘20s led to having elected officials who represent who we are, laws that match up with our values, and all our families – of blood or choice – feeling dignity, strength and support.

A cornerstone of this brave new beautiful world is Universal Family Care (UFC), which has revolutionized our ability not just to make ends meet, but to live well and age with dignity–super important given the size of the population over the age of 65! 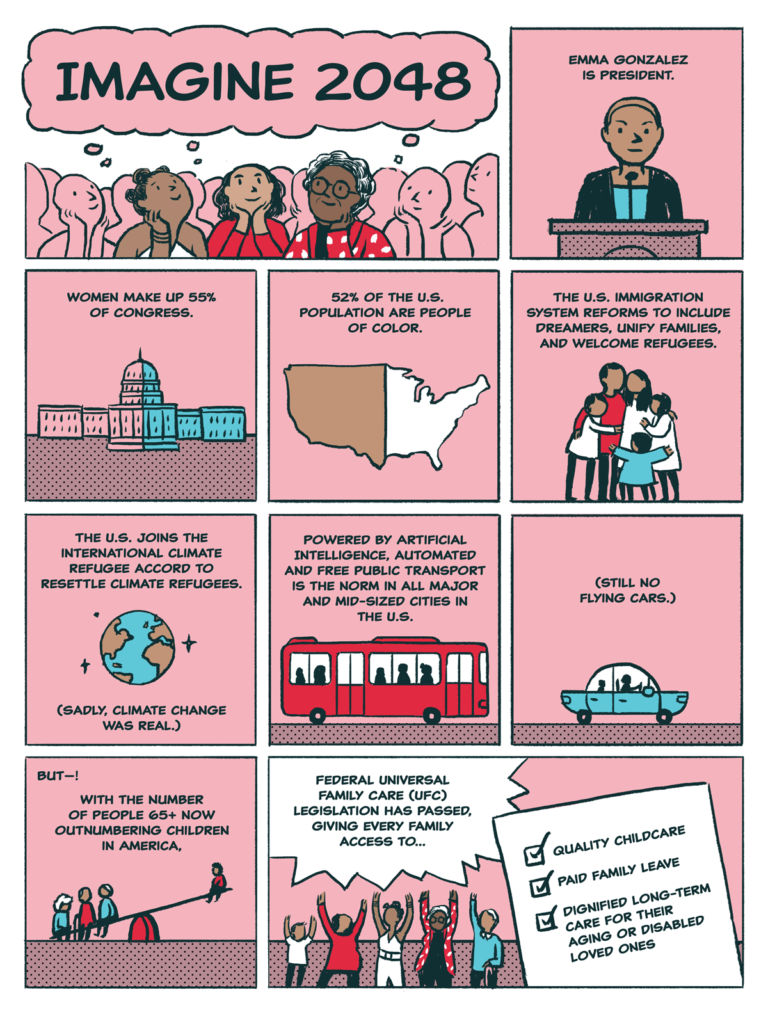 Mother. Daughter. Advertising executive. Elizabeth is a Sandwich Generation mom, caring for her father and her 10-year-old son, Manuel. A former Dreamer, who is now a US citizen, Elizabeth is preparing for the birth of her second child. 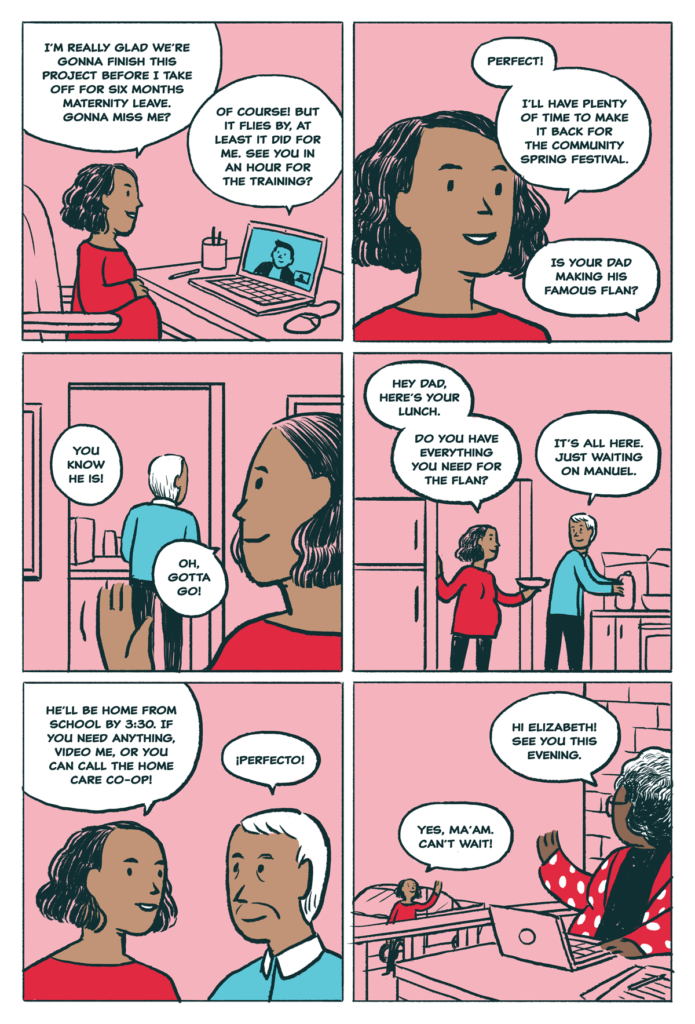 Brianna and her partner, Tina, became Elizabeth’s neighbors after being forced to move because of climate change. As a couple without kids, they’re happy to live in a supportive community that ensures they are cared for, while they can care for some of the children in the neighborhood. 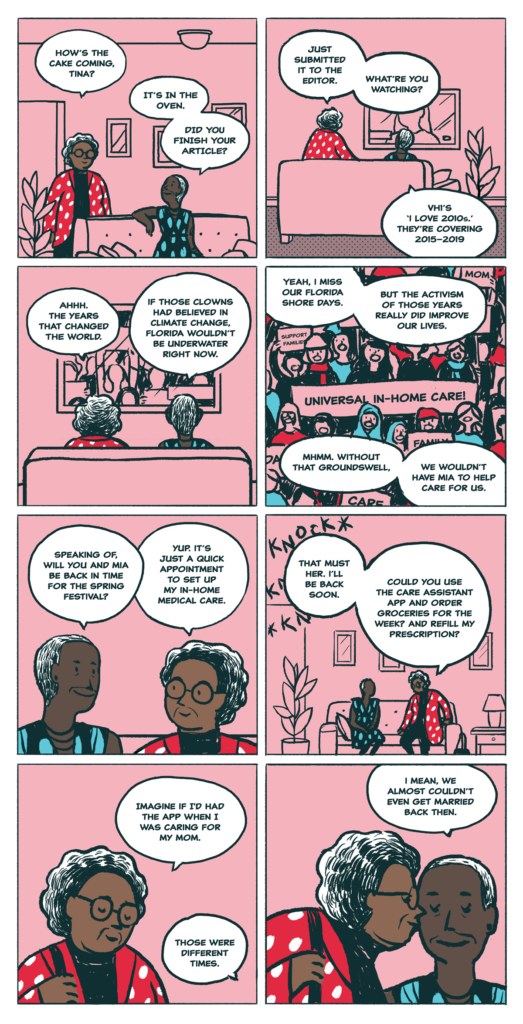 Mia, Brianna’s care aide, can’t imagine a world without Universal Family Care. In her world, because of UFC, care jobs are good jobs, care work is valued, and care aides make more than a living wage. She loves the career she’s chosen and often shares stories about her work when her Destiny’s Child cover band performs on the weekends. 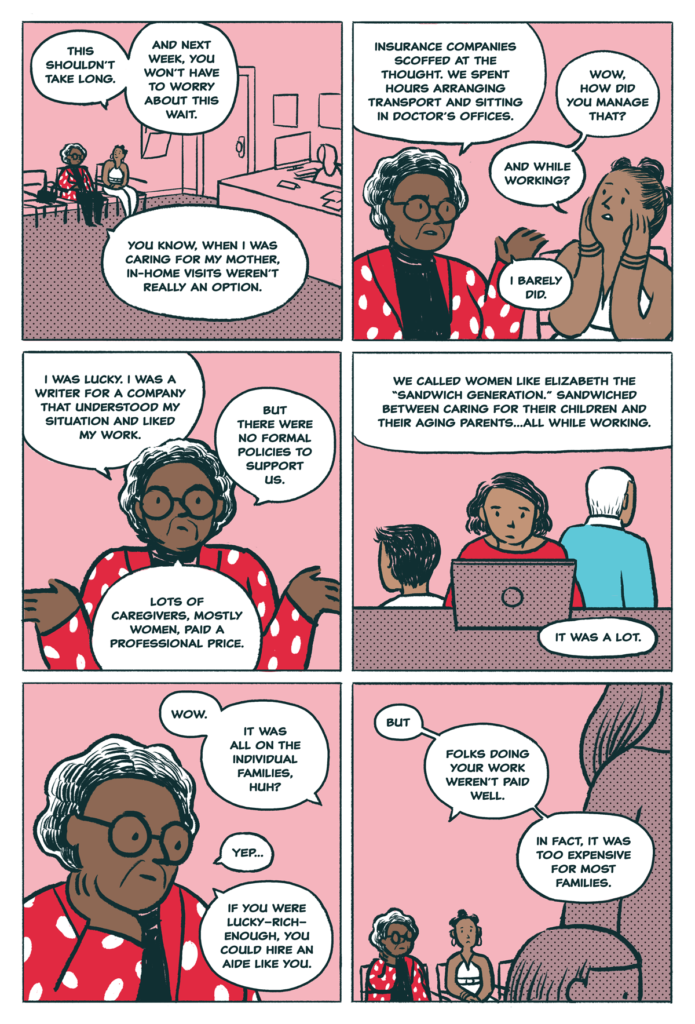 Equal rights for everyone, intergenerational community living, Universal Family Care for all. Does 2048 seem too good to be true? It isn’t! This is what happens when we see ourselves as stronger together, acknowledge that independence is built upon interdependence, and understand that caring for our families is something the entire community can help make possible.

We didn’t just #Imagine2048 because it sounds like an amazing place to live in. If we organize, advocate, and transform culture, we can make it happen. #Imagine2048 with us. What’d we miss above?