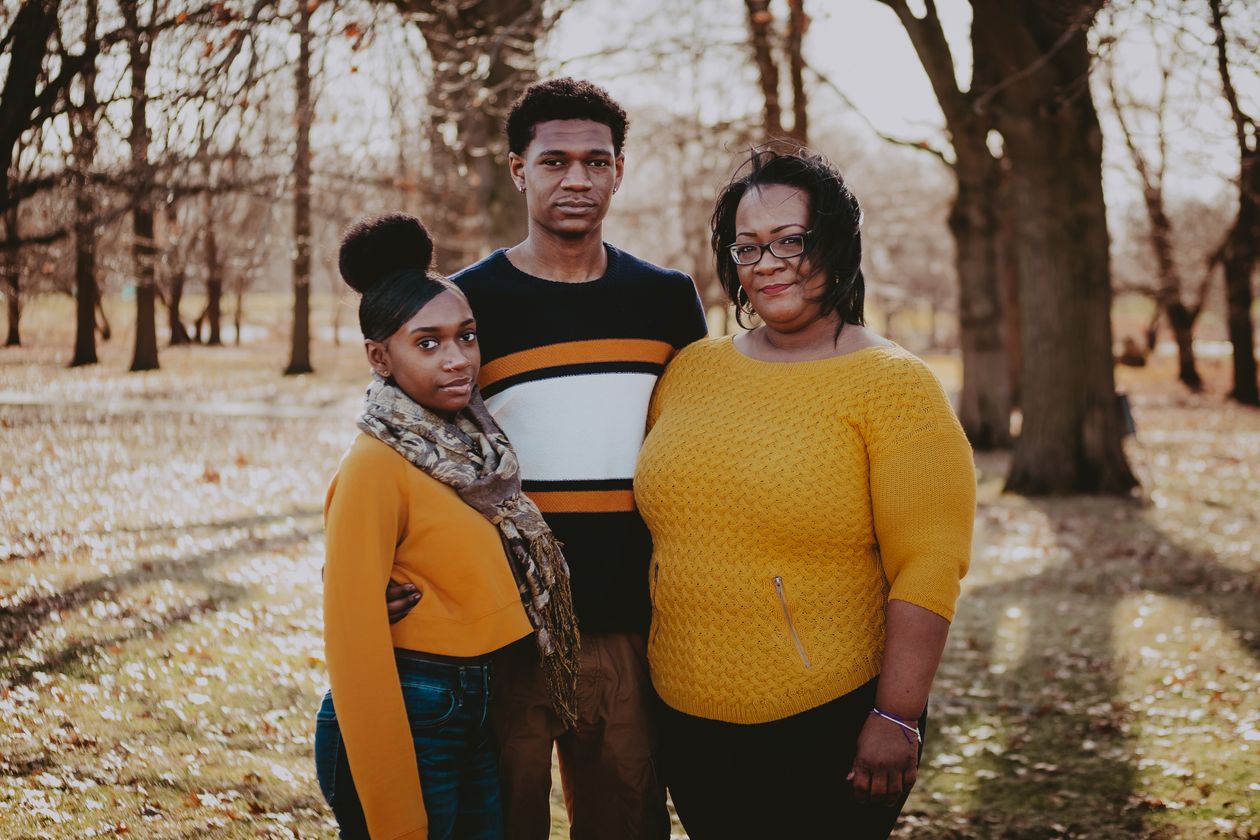 This article first appeared in the Wall Street Journal on February 12, 2020. Read the original there.

Deanna Bautti has a young child, a sick father, and a small business.

Twice a day, the 37-year-old drives over to her dad’s apartment in a senior-housing complex to make sure he is fed, clean and has fresh clothes. She brings along her toddler, Roman, and tries to time the visits around his nap and meal times.

“I feel very torn between my child and my dad,” says Ms. Bautti, who lives in Conway, Pa. and owns the food company Bautti Charcuterie.

So, too, do many of an estimated 9 million people—most often women but increasingly men as well—who care for both their children and older adults, mainly aging parents.

New demographic forces are redefining what it means to be a “sandwich-generation” caregiver. Women are having children later in life. Longevity—and, with that, the incidence of dementia—is increasing. Families are smaller, and two-career couples are more common. All these trends are converging and intensifying the demands on those caring for generations on either side of them.

“It’s not hard to see how we [the sandwich caregivers], are being squeezed and stretched like never before,” says Sarita Gupta, the mother of a 9-year-old and the daughter of a father with Alzheimer’s and a mother with severe arthritis. She is the co-founder of a group called Caring Across Generations.

Now, most of the people in this type of caregiving role are in their 30s, 40s, and early 50s, according to a 2019 study by the National Alliance for Caregiving and Caring Across Generations. Two-thirds of them have jobs, and on average work 36 hours a week and devote 22 hours a week to caring for an adult, in addition to raising children, according to the study.

Often, responsibility for care is falling on them because their boomer parents are more likely to be single than those in previous generations, without a spouse to pitch in. The proportion of those caring for their parents as well as children under the age of 18 doubled to 26% in 2015 from 12.6% in 1999, a 2017 study showed. But even as more of these caregivers step up, it may not be enough.

This comes at a time when the need for care is growing. Baby boomers will start reaching their 80s in 2026, and many will have costly chronic conditions. About 60% of adults 65 and older have at least two chronic conditions, according to the Centers for Disease Control and Prevention. More people are living with dementia, which requires more hands-on care. About 25% of dementia caregivers are also caring for children under the age of 18.

“Old age is very different today than it was 15 or 20 years ago,” says Anne Tumlinson, who started Daughterhood.org, a resource for men and women caring for older adults. “Medical intervention keeps people alive long past the point when they can take care of themselves.”

Risa Morimoto was 33 and thinking of adopting a baby when her mom had a stroke in 2001. Over the next 19 years, her mother developed Parkinson’s and then a tumor before she died last fall. Her sister, who lived next to their mother, assumed most of the daily duties, but Ms. Morimoto and brother pitched in, cooking, coming on weekends, paying bills, and making the house more handicapped-accessible.

“For better or worse, we didn’t think our mom would last 20 years,” says Ms. Morimoto, who lives in New York City. Nor did they envision caregiving demands escalating in 2016 when their sculptor father, who had been living in Vermont, was diagnosed with Alzheimer’s. They moved him into nursing care in New York, where he now lives.

Ms. Morimoto abandoned the idea of adopting a baby in part because the needs of an infant would be too great while also helping care for her parents. “There was just so much insecurity with what was happening with my mom. We kept putting it off, afraid of some huge medical bill or other emergency and not being able to afford an adoption or kids,” says Ms. Morimoto, a freelance filmmaker. Three years ago, she and her husband adopted a teenager, now 18. About 1½ years ago, she started Modern Aging, an online resource for family caregivers.

Many sandwich caregivers are at pivotal points in their careers and torn between work and caregiving responsibilities.

Alexis Baden-Mayer, a 45-year-old lawyer, is political director of the non-profit Organic Consumers Association. She also is the mother of two children, ages 7 and 15, and the daughter of a 76-year-old mother with Alzheimer’s and 86-year-old father with a heart and lung condition. Three years ago, Ms. Baden-Mayer and her husband put their own house on Airbnb and moved into her parents’ home in Alexandria, Va.

Ms. Baden-Mayer, who works from home, says executive director of a non-profit is the next logical career move, but she doubts she can take on that responsibility at this point, knowing her parents and children need her attention. “There is no way I could go for a job like that right now,” she says.

A third of sandwich caregivers live in the same home as their parent and need backup during the day while they are at work. The Elizabeth Seton Center, which offers adult day care in Pittsburgh, opens at 6 a.m. and closes at 9 p.m. during the week. Sister Barbara Ann Boss, CEO, extended the hours in the evening specifically for sandwich caregivers.

“Parents of young kids or kids in high school need someone to watch mom so they can go to children’s basketball games or volunteer at a school fundraiser,” she says. The center also has a van to provide transportation.

“It’s been a godsend,” says Stephen Kalvi, a 54-year-old software engineer. Mr. Kalvi lives outside of Pittsburgh and takes care of his 91-year-old mother, Argentina, who lives with his family—wife, Christina, a teacher, and their 14-year-old son, Anthony.

His mother, who has vascular dementia, goes to the Elizabeth Seton Center five days a week, a van picking her up at 7 a.m. and bringing her back at 5 p.m. Mr. Kalvi was able to adjust his work schedule, going in later and working later at Pittsburgh health-care provider UPMC, so he could get his mother onto the van in the morning.

Ms. Kalvi or her son is usually home when the van returns in the afternoon, but Ms. Kalvi worries about getting stuck in traffic or getting hung up at work.

“We live on the edge every day,” Ms. Kalvi says. Her mother-in-law recently had pneumonia so Steve worked from home. “I’m lucky I have an understanding boss,” he says.

For a single mother, the demands can be ever greater. After Femi Fletcher’s father had a stroke in 2014, he moved in with Ms. Fletcher and her then 12-year-old daughter and 15-year-old son.

Ms. Fletcher, 38, divorced and living in Champaign, Ill., worked one full-time job and two part-time. On weekdays, she woke at 6:30 a.m., got the kids fed and on the bus by 7:45 a.m., her dad settled, and herself to work as a dispatcher for the fire department by 8 a.m. She returned on her lunch hour to check on her dad and was home by 5 p.m. to make dinner, and get ready to work her second job collecting parking fees at the local university from 7 p.m. to 10:30 p.m.

“I was juggling a ton of things,” she says. Her dad qualified, through Medicaid, for four hours of daily in-home care during the week, which helped but was inconsistent.

On weekends, she worked the overnight shift from 11 p.m. to 7 a.m. as a police dispatcher. “I wanted the night shift because everyone was sleeping and hopefully no one would need me,” she says. Her two children pitched in, especially her older son, watching her dad when she was at the grocery store or driving her daughter to piano lessons.

“I’m sure there were times when my son would rather be at the gym, playing basketball with his friends,” she says. “They didn’t complain but I felt guilty about it, like I put a lot of undue burden on them. They were just kids and had already gone through a traumatic divorce,” she says. Her father died in 2016.

Ms. Bautti, the 37-year-old entrepreneur, had a hard time getting pregnant and had her son, Roman, later in life just as her dad’s needs surfaced and escalated.

Her father, Marty Decanini, 68, who has heart disease and chronic obstructive pulmonary disease, or COPD, sleeps in a recliner in his apartment at the senior-living complex and is winded when he microwaves a meal. Her mother, divorced from him, isn’t there to help. Ms. Bautti’s younger sister works two full-time jobs, but stops over in the morning to get their dad coffee and something to eat.

Mr. Decanini used to go downstairs once a week to join the Bible study group in the lobby and go out for breakfast with his buddies from Conrail where he worked. His condition has worsened since December. Hospice now comes five days a week to bathe him and check his vitals and medication. Sometimes he calls his daughter just to talk or see if she can come over because he’s lonely.

She only lives a few minutes away, but if her son is napping it’s hard. “His needs are increasing but we still have our full gamut of life duties,” she says.

She waits until her husband is home on weekends and evenings to put orders together for her charcuterie-board business. Recently, she had the flu and couldn’t get over to see her father. “I relied on Uber Eats and Door Dash,” she says.

Tips for the Sandwich Generation

Strategies for those faced with caring for children and older family members.

Set boundaries. Be clear about what you can and can’t do and say no when you have to. Determine your own non-negotiable needs, whether it’s a 15-minute walk, or a regular meeting with friends.

Prioritize. Drop non-essentials from the list and make sure the essentials really are that. Be flexible when circumstances change. If you’re sick, use meal delivery.

Enlist help. Ask relatives, friends, neighbors, fellow church members to pick up the children after school or practice. Kids can pitch in with household chores. Family members who can’t help with primary care can research support options and help manage finances or pay for housekeeping.

Plan. Caregiving can stretch into decades. Look into respite care, adult day care and in-home care, and see what services are covered by Medicaid and Medicare and which aren’t.

Talk to your employer. Check on flexibility options, such as working from home or coming in later or earlier. Explore Family Medical Leave Act benefits.