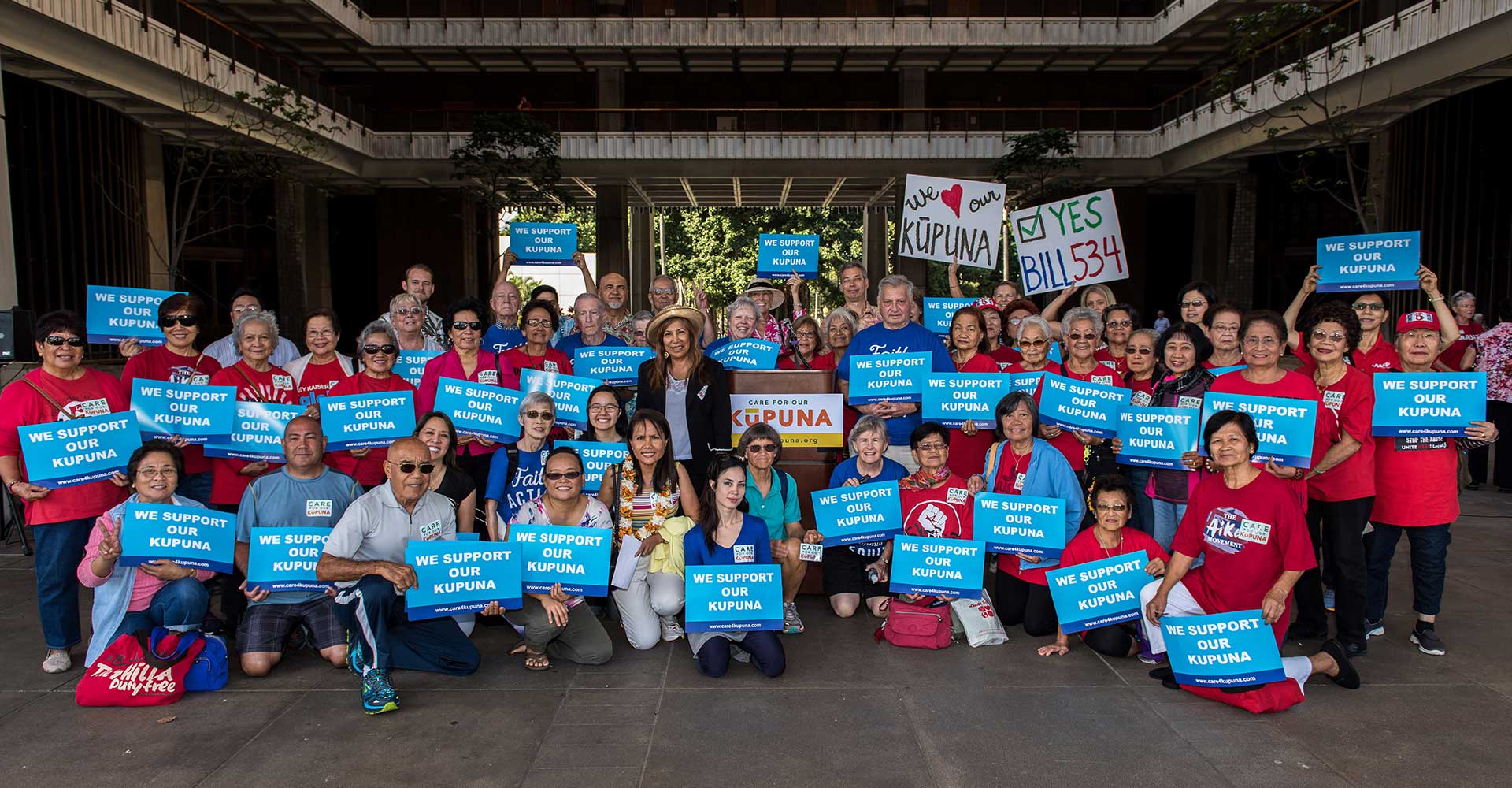 Hawaiʻi on verge of historic legislation for family caregivers

In a moment when our entire care system — from the Affordable Care Act to Medicaid to Medicare to the basic provisions of employer-based health care — is under sustained and devastating attack, last week also gave us a reason to hope and celebrate.

The state of Hawaiʻi put itself on the brink of being the first state ever to invest directly in supporting its family caregivers. Both chambers of the state legislature passed a bill that puts Hawaiʻi in the forefront of addressing the realities of 21st century working families struggling to manage and afford care for their loved ones.

Hawaiʻi’s Kupuna Caregiver Assistance Program (KCAP) shows what it can look like when we join together and raise our voices to demand investments in creating the care we need. If signed by the Governor, the KCAP will provide assistance to family caregivers to be able to pay for respite care, or a home care worker to come and take a loved one to the doctor — so they won’t have to miss work, up to $70 per day.

This is a significant victory not just because it gets us a step closer to the 21st century care infrastructure we need, but because getting anything passed this legislative session was going to be a heavy lift. The state’s budget was almost $160 million less than originally proposed, so any new investments of public money faced a difficult path. 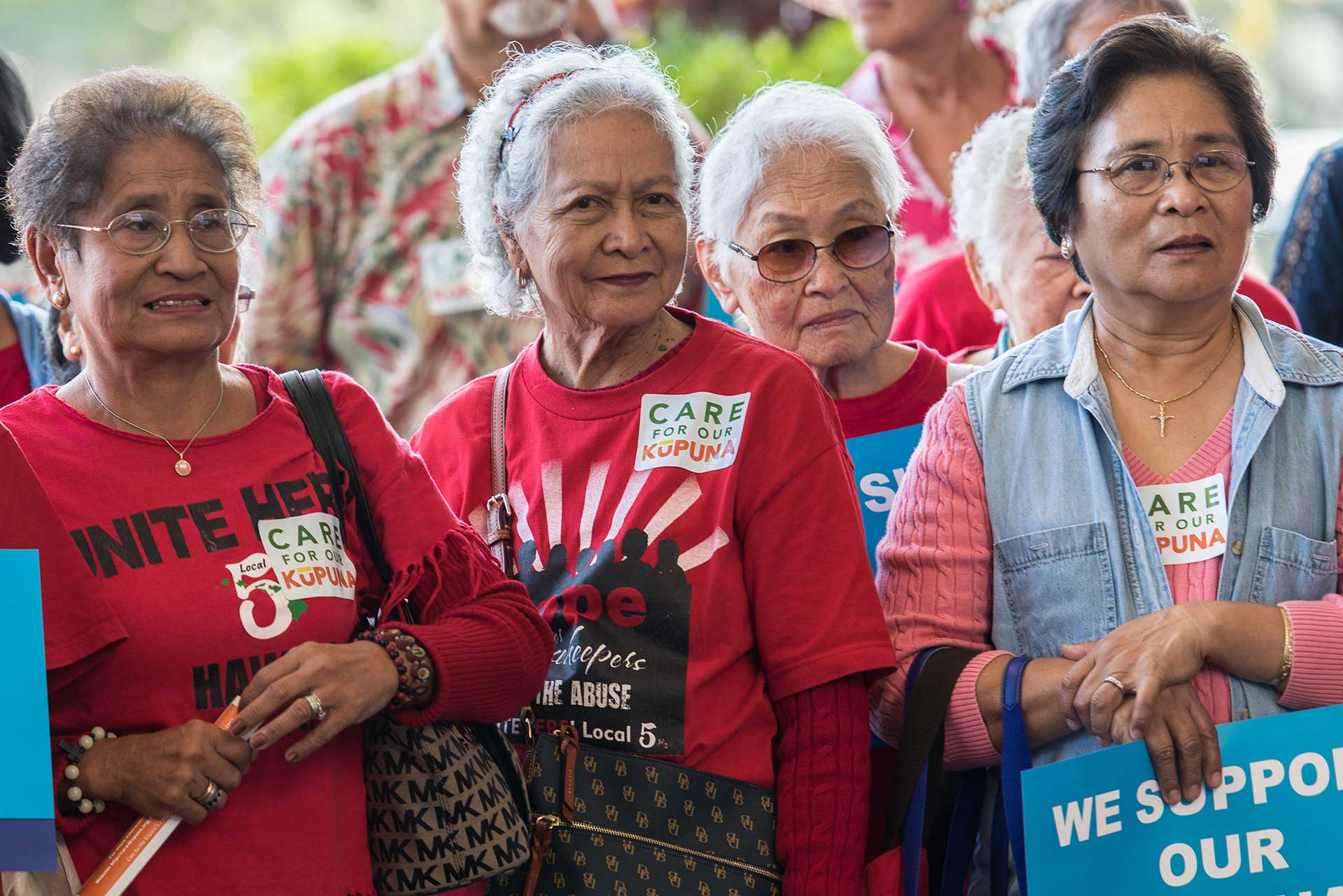 That the bill received unanimous support in every committee hearing is a testament to the work done by caregivers and activists living in Hawaiʻi. The outcome was far from guaranteed: a number of key legislators expressed reservations about the ability to fund this investment, and stakeholders tussled over legislative details. Our Care for Our Kupuna campaign employed a range of inside and outside tactics that showcased to elected officials exactly how important this investment would be to family caregivers in the Aloha State.

Highlights from the campaign include: 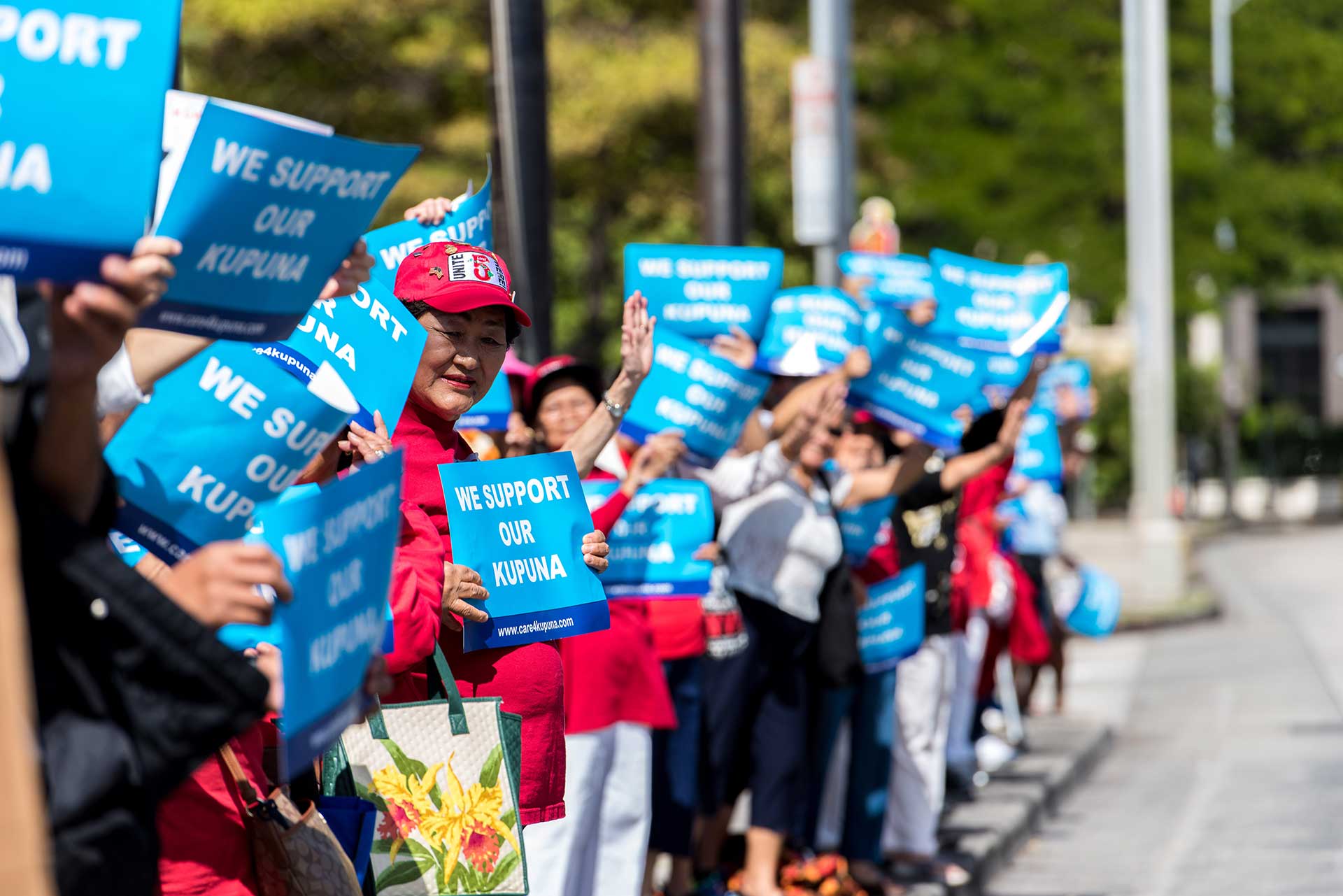 This first-of-its-kind investment is still awaiting the Governor’s signature. If you want to add your voice to those in Hawaiʻi urging him to turn this promise into reality, please sign our petition. Together we can take this historic step in creating the care we need.