Gen X: Time Is on Your Side When It Comes to Saving for Retirement - Caring Across Generations 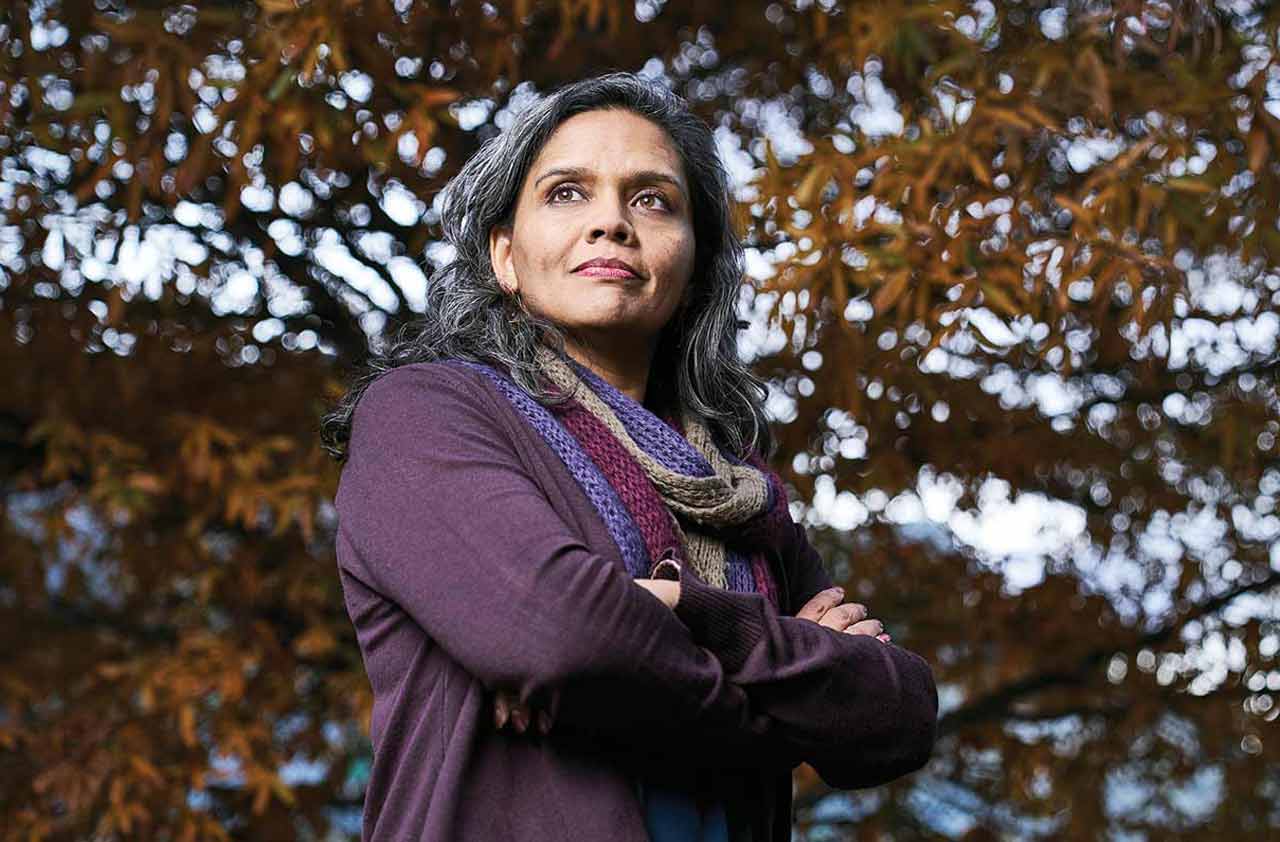 Gen X: Time Is on Your Side When It Comes to Saving for Retirement

This article first appeared in Kiplinger’s on January 3, 2019. Read the original there.

Generation X has been called America’s neglected middle child. For starters, this demographic group, sandwiched between the baby boomers and the millennials, was born in a relatively short 15-year span—between 1965 and 1980. And there are fewer of them—66 million in the U.S., compared with 74 million baby boomers and 71 million millennials. Plus, they’re the victims of rotten timing. Just as they were approaching their prime, enjoying homeownership and revving up retirement savings, the housing bubble burst, igniting the financial crisis and the Great Recession. That decimated their portfolios and slashed the value of their homes.

On the plus side, their home values and savings have mostly recovered since the financial downturn, and they are entering their peak earning years. “They still have time to change their long-term outcomes, but they can’t afford to pro­crastinate,” says Catherine Collinson, president of the Transamerica Center for Retirement Studies.

That’s easier said than done. Many are also supporting children at the same time their aging parents are beginning to need help, and that makes it even more difficult to save. Sarita Gupta’s daughter was 2 years old when her father, a retired physician, was diagnosed with Alzheimer’s six years ago. Gupta’s mom was his primary caregiver, but after almost two years it became overwhelming for her to care for him alone. Gupta, 44, and her two siblings talked with their parents about ways they could help, and her parents ended up selling her childhood home in Rochester, N.Y., and moving in with Gupta, her husband, Eddie, and their daughter in their townhouse in Silver Spring, Md. “It was a surprise financially, emotionally and physically,” she says.

Gupta’s mother cared for her father during the day while Gupta worked as codirector of Jobs With Justice, a nonprofit that advocates for workers’ rights, and her daughter was at a nanny share. When Gupta and her husband came home to give her mom a break, they had to take care of their daughter, too. “I really felt the squeeze of the middle,” she says.

Gupta’s parents lived with her family for about three years, then recently moved to a senior living community nearby. Now Gupta and her husband are trying to focus on saving for their daughter’s college education and their own retirement. “What’s hard is changing your mindset to move from the immediate and urgent need to thinking for the long term,” she says.

When many Gen Xers started their careers in the 1980s, employers still offered the promise of retirement security in the form of pensions. But the rules changed over the next decade, and most members of this demographic cohort were left to rely on their own savings in IRAs and employer retirement plans, which were designed to take the place of disappearing pensions.

Although some large employers had begun to make 401(k)s available, the vast majority didn’t offer them until the late 1990s or early 2000s, Collinson says. As a result, many Xers got a late start. The median age that Gen Xers started saving was 30, compared with 24 for millennials, according to the Transamerica Center for Retirement Studies.

And the 401(k)s of the 1990s looked very different from 401(k)s today. Employer matches weren’t as common, and some matches were made only in company stock (which didn’t work out well for employees of troubled companies, such as Enron). Fees tended to be higher, and investing choices were often limited. The default investment was usually a money market fund; target-date funds didn’t exist. For example, Fidelity’s target-date funds, which were introduced into 401(k) plans in the late 1990s and early 2000s, didn’t really take off until 2006, when the Pension Protection Act made it easier for 401(k)s to offer automatic enrollment and make target-date funds the default investment.

Soon after savings opportunities improved, the housing and financial crises arrived, and Generation X was hit from all directions. Many Gen Xers were just starting families and had more than half of their assets invested in their homes, compared with 30% for boomers, says Richard Fry, senior economist at the Pew Research Center.

Making matters worse, high rates of unemployment during the financial crisis forced many Gen Xers to dip into their savings, Collinson says. Many are still struggling with debt from those tough years.

According to a Fidelity study, which calls Gen Xers a “generation of jugglers,” 26% have more than $10,000 in credit card debt, 26% have 401(k) loans averaging $11,000, and 70% have less than six months’ emergency savings. “They want to think about the future, but they’re having to address real budget needs today,” says Katie Taylor, vice president of thought leadership at Fidelity.

They’re also stretched thin as they juggle the needs of young children and aging parents. About one-third of Gen Xers have been or are currently caregivers for an aging family member, according to a study by Northwestern Mutual.

How to get back on track

Even though Gen Xers have many challenges, they also have plenty of time to prepare for the future. Their housing values and savings rebounded more than any other generation’s in the years after the recession, according to the Pew study. “Part of the reason Gen X was able to recover is because they were young, retirement was not on the horizon, and their earnings were going up,” says Fry.

But the next 15 to 20 years are crucial. Here’s how to make the most of them.

Take stock of your financial situation. By the time you reach your late forties and early fifties, you can start to visualize your retirement goals. Abby Havermann, an investment adviser in Arvada, Colo., recommends running a detailed analysis of your income and budget so you can start to estimate your retirement expenses. Calculate how much you can afford to pay for your kids’ college without jeopardizing your own retirement security. This exercise will also help with other life decisions, such as whether you can afford to retire early or how much of a boost you’ll get from downsizing or working longer.

Set financial priorities. Paying off high-interest debt is usually a top priority, followed by building an emergency fund, while also saving some money for retirement. Jamie Letcher, a financial adviser with CUNA Brokerage Services in Madison, Wis., recommends that one-income families keep nine to 12 months’ worth of expenses in an emergency fund. “If it’s a two-income household with no kids and one spouse is in a stable industry, then three months’ may be enough,” he says.

Fund a Roth IRA. With so many competing financial obligations, make the most of tax-advantaged savings that can do double duty. In addition to having some money in a dedicated emergency fund, it also helps to take advantage of tax-advantaged retirement savings plans that can also serve as a back-up emergency fund. With a Roth IRA, for example, you can withdraw your contributions at any time without penalties or taxes. If you have a high-deductible health insurance policy (with a deductible of at least $1,350 for individual coverage or $2,700 for family coverage), saving in a health savings account can give you tax-free money for out-of-pocket medical expenses either now or in the future. If you pay your current medical expenses with cash and keep the receipts, you can keep the money growing in the HSA and withdraw it tax-free at any time.

Automate your savings. Some Gen Xers are still focused on young children and have little time to think about retirement savings. Save money automatically in a 401(k) or IRA, and add more whenever you get raises or bonuses or your cash flow improves (such as if your child starts school and your day-care costs go down). “It doesn’t matter how much money we make, it seems like we can spend all of it at this phase in our lives,” says Tim Maurer, director of adviser development for Buckingham Strategic Wealth in Charleston, S.C. “Turning your financial priorities into fixed bills by automating your savings is especially important for Gen X.”

Older Gen Xers can ramp up their savings by making catch-up contributions starting at age 50. In 2019, you can add an extra $6,000 to your 401(k) and an extra $1,000 to your IRA. If your employer offers a Roth 401(k) and a traditional 401(k), consider investing some money in the Roth so you’ll have some tax-free income in retirement, says Alexandria Nadworny, a certified financial planner in Winchester, Mass.

Protect what you have. As you reach your peak earning years, disability insurance becomes particularly important. If you have coverage through work, compare the benefits with your monthly expenses and consider buying additional insurance to fill in any gaps.

“For most Gen Xers, even though their assets have increased, their greatest asset will still be the present value of their future income,” says Maurer.

If you’re a caregiver, get help. According to the Transamerica Center, 76% of caregivers made an adjustment to their employment, such as reducing work hours, turning down promotions or quitting their jobs. “To dial back in that way in your forties, it is extremely difficult to dial back up when your caregiving responsibilities end,” Collinson says.

In addition to lost income, caregivers could also lose valuable benefits, such as health insurance (which can get extremely expensive in your fifties and early sixties), a 401(k) match and other savings opportunities.

Even if your parents don’t need care yet, it’s a good idea to talk with your family about what would happen if they did need help. Find out about caregiving resources from your employer or your community. Bank of America, for example, has a caregiving network for employees to share information about how they’ve managed caregiving responsibilities. Some employers provide a free meeting with a geriatric care manager, discounted emergency back-up care, or help paying for adult day programs for employees’ parents. For local resources, check eldercare.gov.

Sarita Gupta’s sister, who works for the federal government, had access to a care navigation support program as an employee benefit. The care navigator came to Gupta’s home, interviewed her parents, siblings and their spouses, and gave the family several care options and price ranges. Gupta also took advantage of family leave and teleworking options at her job. She started another nonprofit, Caring Across Generations, which encourages employers to offer programs to help support employees who are caregivers.

Look for a second act or an additional income stream. If you don’t have enough money in your 401(k), consider working longer, either in your current career or at a new venture, says Geoffrey Sanzenbacher, associate director of research for the Boston College Center for Retirement Research.

Jennifer Anderson, 46, was a stay-at-home mother for years. But when her sons were 10 and 15, she opened a massage center in Littleton, Colo. Over the past four years, her business has grown and now has 13 employees. Her husband, Tim, a late baby boomer who’s now 57, started his own business after he was laid off from a 15-year career with Borders bookstore. He now sells locally grown hemp products for pets to veterinarians and pet stores nationally.

Jennifer is in the process of selling the massage center so she can invest the profits for retirement and work with Tim.

“We work seven days a week but have a lot of flexibility,” she says. “We can keep doing this through retirement.”