Clocking In: 'Would You Change My Mother’s Diaper for $10 an Hour?' - Caring Across Generations 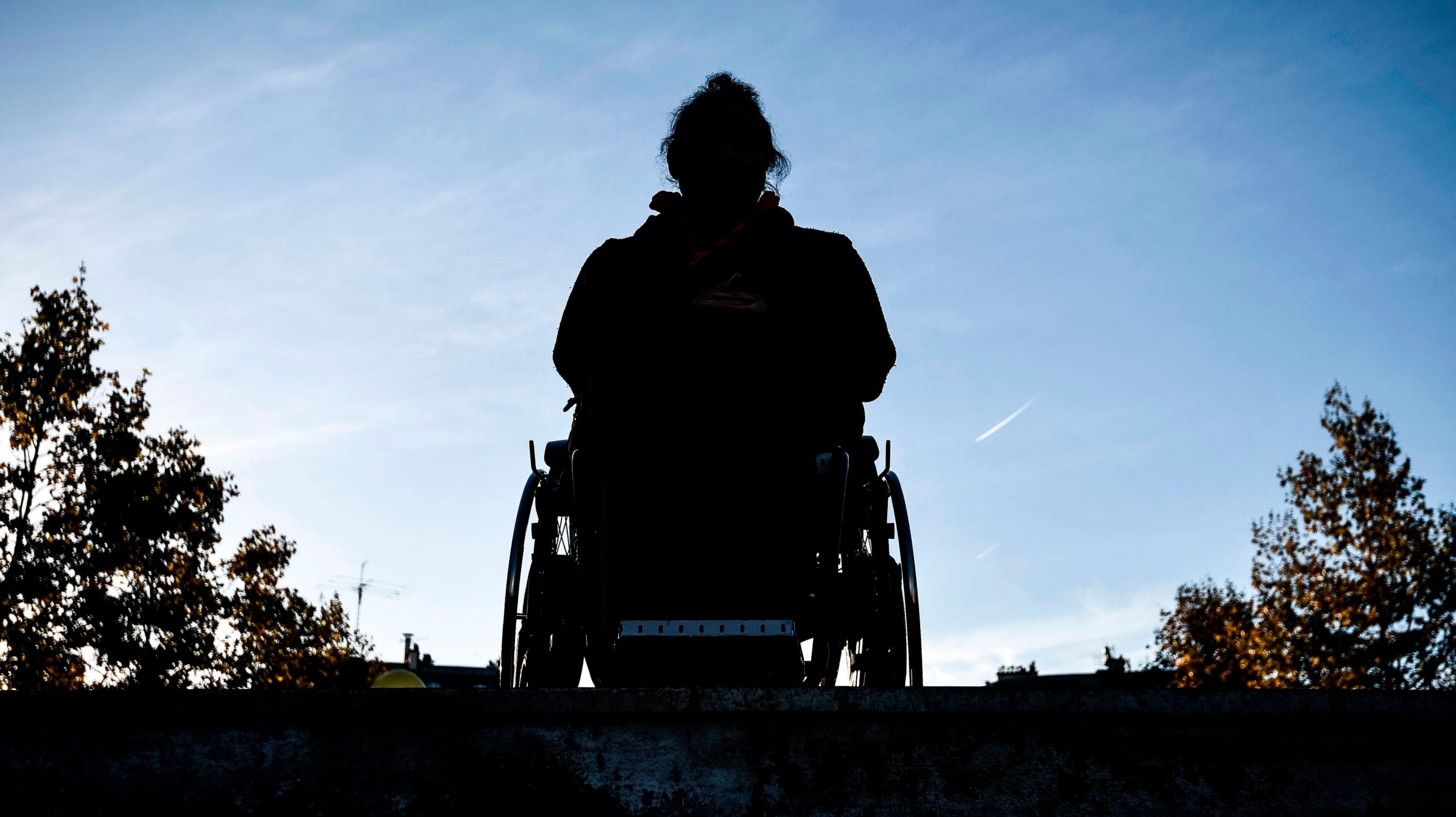 Clocking In: ‘Would You Change My Mother’s Diaper for $10 an Hour?’

This article originally appeared in Jezebel. Read the original there.

On a Tuesday in April, Michelle Walton woke up in Plantation, Florida, at eight. Her back hurt. It’s a pain that’s been omnipresent since the 48-year-old injured it caring for her mother, a woman she says she loves deeply but who is challenging even on the best day. First thing in the morning, Walton usually walks her dogs—that day, one of her two pugs had taken the liberty of going on the floor before she awoke. It required some of her household’s only remaining bleach to clean up the mess.

The dwindling cleaning supplies weigh heavily on Walton’s mind these days, as toilet paper and bleach and sanitizing wipes and rubber gloves–the sorts of things Walton typically needs to keep well-stocked in her house–have rapidly transformed into commodity items. For most purposes, her home is a clinical environment: Since 2014, Walton has acted as the primary caretaker of her sole surviving parent, her mother, whose health has rapidly declined since a catastrophic stroke. With her mother unable to make decisions for herself, Walton has become her health care navigator and her budget balancer. She navigates the infinite bureaucracies of the state programs her mother relies on, schedules physical and speech therapy sessions, and, with the help of a nursing assistant, tends to her needs for most of the day.

This work isn’t paid, and it makes Walton’s mother the absolute center of her world. But she prefers it to shuffling her mom into a state-run facility: “I consider it an honor and a privilege to fulfill my obligation as my mother’s daughter,” she says. “She did the best she could by me.” This labor is not always easy: Walton’s’ mother is paralyzed and unable to speak. These were difficult circumstances in the first place, and they’re getting harder, as the clinical support Walton relies on dwindles or is put on hold, a side effect of the crush to the medical system caused by covid-19.

At 11:00 that Tuesday, Gisele, Walton’s nursing assistant, arrived. It’s “kind of a revolving door,” as far as home health aides go. Gisele is paid through Medicaid, and Walton says that like all nursing aides she’s “grossly underpaid” for her labor. “My mother is not an easy patient,” she says. “Would you change my mother’s diaper for $10 an hour?”

Now Gisele wears a face mask when she visits the house for her 45 hour-a-week shifts. Not much else has changed: Walton and the nurses and health aides mostly use gloves when they’re handling Walton’s mother. When Gisele arrived mid-morning, Walton took a moment to make a few calls: First, to the manager of the local Publix, who promised to let her know when toilet and paper towels might come in. “One of the most stressful things about being out of the house is trying to manage that time that it takes,” says Walton; she’s afraid to leave her mother for long, and doesn’t like being exposed.

The second call was to a doctor, who promptly put her on hold. Walton has been trying to get a test for her mother, who seems like her condition has worsened since a health event earlier this year. Under regular circumstances, it takes weeks to go through the process of diagnosis and treatment: the doctor puts in an order, it’s approved by the state, a nurse comes to the house to collect samples, the cultures are sent to a lab. Walton wonders how much more everything will be delayed with resources stretched.

After the stroke, Walton’s mother bounced from rehab to long-term care facilities. “Once you’re in the long-term care system, it’s really hard to get out,” she says. Medicare will only review a case once a quarter. It took some work to bring her mother back home—to prove she could care for her, and that her mother was in good enough shape— but she managed it, and brought her back on December 29th, 2014. “We’ve been together ever since.” Walton says.

Due to a cascading series of events—the 2011 financial crisis, a house fire, the death of her father—Walton lost her job and has been unable to find work. She’s a technical writer by trade, and worked for four and a half years intermittently for American Express. It’s hard to get a job where she doesn’t have to be on-site, she says. At a maximum, as a primary caregiver, even with help, she can get out of the house for about four hours a day. Her home has a reverse mortgage. When the social security checks come near the first of the month, Walton tries to stock up on everything they might need.

In the afternoon, Walton asked her mom if she’d like to watch a movie, but she didn’t appear to clock the question. Some days are like this: “She even had to be taught to say my name,” Walton says. She spends most of the rest of the afternoon talking to doctors and pharmacists.

Since the pandemic hit Florida, many of the clinical workers who used to come to the house, the physical and occupational and speech therapists, have suspended their visits indefinitely. Walton is afraid her mother is losing ground. Telehealth is hard for the pair, since Walton’s mother can’t hold a phone, and the rotating cast of doctors without prior knowledge of their case can be jarring. Close to 4:00PM, Walton got a call-back from a doctor and spent half an hour recounting the medical history required to get the answers she needs. Afterwards, she called a pharmacist to confirm thyroid medication was out for delivery and on its way. “I still can’t get blood work to verify her levels because of covid-19,” Walton says. “We’re flying blind here and still have no idea if she’s getting enough of the meds she needs.”

At dinnertime, Gisele returned to the house, and Walton made food for herself as her mother was taken to bed. Walton was happy to have received the new yarn she’d ordered online, she crochets like crazy in moments of stress. “The beautiful thing about crocheting is that I can unravel it if I make a mistake and start it all over again,” she says. Walton says she doesn’t know if she and her mother are going to make it through the next couple of months intact, but she remains optimistic, and even after four years and what she characterizes as “caregiver burnout” she’s glad she found a way to keep her mother at home. “I think that what everyone needs to realize is that taking care of our elderly is a community and a society issue,” she says. “We’re all going to get old someday.”