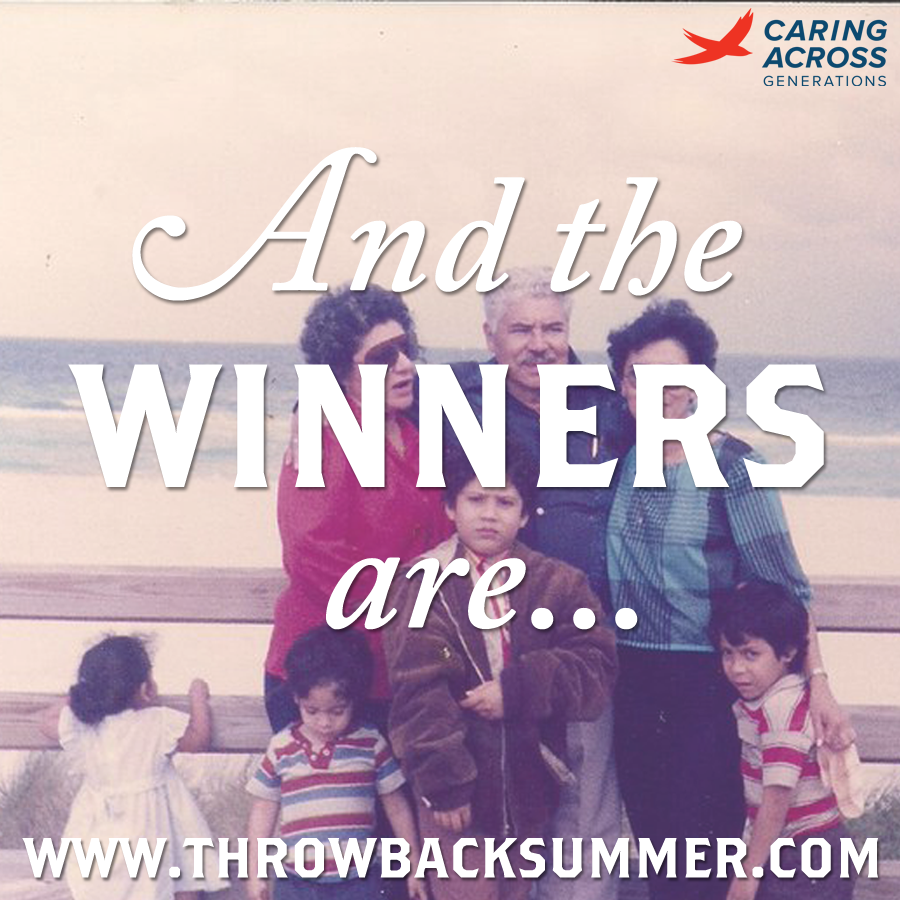 This summer, hundreds of people told stories about their amazing grandparents in the ThrowbackYearbook contest.

Watch the video above to hear some of the great stories we heard this summer — in the storytellers’ own voices.

There were stories of love, inspiration, and understanding. Stories of grandparents who made music, small businesses, or the best food. The stories ranged from heartwarming to silly, and all of them were about incredible grandparents.

But all good things must come to an end, and every contest must have its winners. So, without further ado, here are your winners:

She was wearing her typical outfit– dressed to the nines. The sound of the basketball and the clack of her feet moving in their adorned 5″ heels echoed in the basketball court space… She was well beyond any 3-pointer shot… She dribbled a few times and with both arms and a minor jump, threw that ball and just let it go. The ball swished through the basketball hoop in one clean shot.

Most Talented: The Costume Lady

She was able to take a skill that she learned and make a fun and successful business out of it. She also passed on her skills to her kids. My mother taught me how to use a sewing machine when I was young just as Gramma had taught her. The skill has become inter-generational and something that binds us all together.

Life of the Party: Always be True to Yourself

She and my daughter decided to have some fun and opened a Twitter account for my grandmother. The photos and captions went literally viral overnight, and the idea of Baddiewinkle came alive… Always turned lemons into lemonade and yes she is way cooler than I will ever be, but she is my very best friend and I am lucky enough to call her not only Granna, but the world famous, Baddiewinkle.

Ahead of Their Time: My Granny Honey’s a Go-Getter at 86.

Most Inspiring: She Fights for Other’s Rights

Nanny has dedicated her life to helping improve the lives of others. When I first came out as a trans-woman I had mild concerns about how various family members would react, though I never questioned for a moment that Nanny would receive the news with a smile on her face. A week after we told her I got a package in the mail containing a selection of broaches and pins. While some of them had gone out of style generations ago, it was the best gift I could have received.

That was before I knew her, however. By the time I came around, 13th of what would become 16 grandchildren (and then 16 great grandchildren and even one GREAT great grand-daughter!) she was retired and living in a log cabin that she’d helped to build in the wilderness of Wisconsin. Although she kept busy, Grandma Ruth always had time for her grandchildren.

Big thanks go out to everyone who shared a story or voted for the winners. We’d also like to thank the partners who made ThrowbackSummer possible: The American Society on Aging, Amy Poehler’s Smart Girls, Freelancers Union, Generations United, GrandBox, Moms Rising, NASUAD, Our Time, and School of Rock.

Take some time to read through the winning stories — and the rest of the entries. We loved them all.