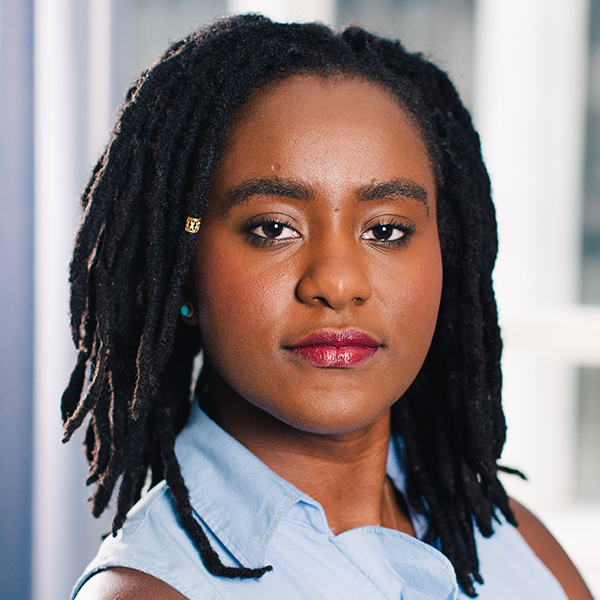 We’re so excited to welcome Ifetayo Harvey to the Caring Across team! She brings a ton of social media and digital organizing experience from her work at The Drug Policy Alliance, and she also runs her own nonprofit. Check out our Q+A with her below to find out what brought her to this work, what she’s most looking forward to diving into, and what her sweet smelling side hustle is 🙂 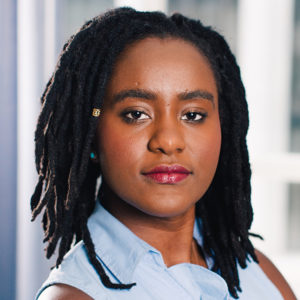 I heard about Ai-jen Poo a few years ago when she received the MacArthur Fellowship, and I’ve been following her work since. What really resonated with me about her work is the fact that she was organizing domestic workers. I come from a family of a lot of care workers and domestic workers: my mom has been a domestic worker since she was 13 years old, my grandma was a domestic worker, and a lot of women in my family are home care aides for folks with disabilities. I myself have done some domestic work – and I actually really enjoy doing domestic work but I also realize that it is work that is extremely undervalued and underpaid. I’ve had to interrogate how this shows up in my life, and ask myself a lot of questions: How am I doing that kind of work for myself and others? How am I being undervalued when I do this work? Am I undervaluing anyone in my life doing this work for me? So that’s what drew me to Caring Across Generations.

Our work means a lot to me. It means that everyone can age gracefully and with dignity. My maternal grandmother is 85, and she has a home care aide who comes in a few times a week to help her out. She has really connected with some of the workers who come in, but there is such a high turnover rate for this workforce because care jobs aren’t good jobs. I know that just having a home care worker coming in a few times a week makes such a big difference for my grandmother, and alleviates stress she has about getting her needs met. At the same time, it also alleviates stress for my aunt who is close to her, who worries about whether she’ll have time to take care of my grandmother if she needs it. It allows for the women in my family not to have to shoulder that work so much.

On the flipside, my paternal grandmother died in a nursing home a few years ago, due to neglect. She was in her 80’s and had dementia, and just knowing that she was sent three hours away from her home in Toronto, to this remote nursing home where no one really had contact with her, makes me really sad. No one should be dying of neglect in the nursing home – it goes against the point of even having a nursing home.

Caring Across’s work really speaks to that difference in care: that some of us are afforded different levels of care for different reasons – whether financial, familial, or whatever else. But everyone should have the care they need. Our work also speaks to how I envision the future: how does a care infrastructure look outside of the systems that we have today, and what are the news systems we can create to fully care for one another in our communities?

My new role is Social Media Manager. I’m excited to dig into it all! I know this won’t be done in one campaign, but I’m really excited to figure out a way to illustrate the value of care work to our audience – to really hit home the point that this is the most important work that will ever be done. We’re undervaluing it so much, and I really want to help mobilize people to advocate for themselves and for the people in their lives.

I’m really interested in reaching audiences that we don’t normally reach. I’m from Charleston, South Carolina originally, and my mom’s family is from a small town  in Georgia that has less than 2,000 people living there. It hardly even has cell service sometimes. I want to reach people who live in places like that. A lot of times, the South is excluded from these conversations, even though, historically, the South is one of the Blackest regions in the US. In addition, folks from rural areas are often left out of these conversations. I think figuring out ways to support their organizing is really important, and that’s part of what drew me to this movement.

I worked at the Drug Policy Alliance (DPA) for five years. I started out as an intern when I was in college, in their media department and on their movement building team. I was drawn to their work because they’re the first organization that I came across that spoke about people who use drugs in a non-stigmatizing and compassionate way. It really resonated with me because my father was incarcerated for a drug offense and was deported. I really didn’t have the language to talk about what that meant for me as his daughter. Through my work, I started writing and speaking about my experience. I wrote an op-ed about children of incarcerated parents, I spoke at their conference, and I did talks about children with incarcerated parents.

After college, I briefly worked at a psychedelic research organization, and then went back to the DPA, and worked in the grants department and eventually moved to the communications department, where I started doing social media work. I had the pleasure of working on a lot of different campaigns, and a lot of those have come to fruition in the past 4-5 months, which has been great to see. I worked on the campaign in Oregon to decriminalize drug possession and drug use, as well as working on legalizing marijuana in California and New York. I also had the great opportunity to travel to Portugal, where they decriminalized all drug use in 2001, to see how drug policy has worked in their country and learn from the work they are doing there.

I also have my own nonprofit called the People of Color Psychedelic Collective. It has been my baby since 2017. We just incorporated recently, and are in the process of getting our fiscal sponsor and 501c3 designation. We’ve done a lot of awesome things, including hosting a conference in DC and having a retreat in Santa Fe, New Mexico, in 2019. I’m excited to do a lot more with my nonprofit.

I grew up in a big family. My mom has seven kids – I’m her sixth child. My grandma has seven kids as well, and my great grandma had 16 kids. I have ten nieces and nephews. I love going to my mom’s and grandma’s houses and helping take care of them. I’m not a caregiver by any means, but I do love being an auntie. I love being around my nieces and nephews, helping take care of them and seeing them transform over the months and years. I have a lot of experience with children, and I babysat as a side job and love doing it. If we lived in a perfect world, I would babysit children for free, because I just love them that much!

I’m an avid hobbyist! My friends make fun of me because I have so many hobbies and I’m always doing something new and adding something new to my repertoire. I like watching TV – love me a good crime or legal drama. I also like working out and weight lifting – since gyms have been closed, I’ve had to figure out my home workout. I also like to sew, I’ve been doing that for about two years now – I’ve been teaching myself and have some friends who help teach me.

I also make and sell soap. I’ve been making soap for about a year and a half – I decided to start selling it at the beginning of quarantine because I figured, why not? I really like making soap and it’s really satisfying.

I’m a lifelong band geek, but I’ve recently been teaching myself how to sing. I’ve been playing in bands since I was 11. My two older sisters taught me a lot about music – my sister Shana plays the violin, and my sister Vera plays the trumpet. I started playing trumpet when I was 11, and when I was 14 I switched to the euphonium, which I played in high school. I was in the jazz band, the symphonic band, and marching band, and was in jazz band in college. After I graduated, I stopped playing for a while, but when I moved to New York City, I joined a community band called the Lesbian and Gay Big Apple Corps. They have a wind band and a marching band and I played a couple of seasons with them. They haven’t really been playing much since there are no concerts during quarantine, so I’m now trying to transfer those skills over to singing.