As costs mount, states scramble for new ways to pay for late-in-life care - Caring Across Generations 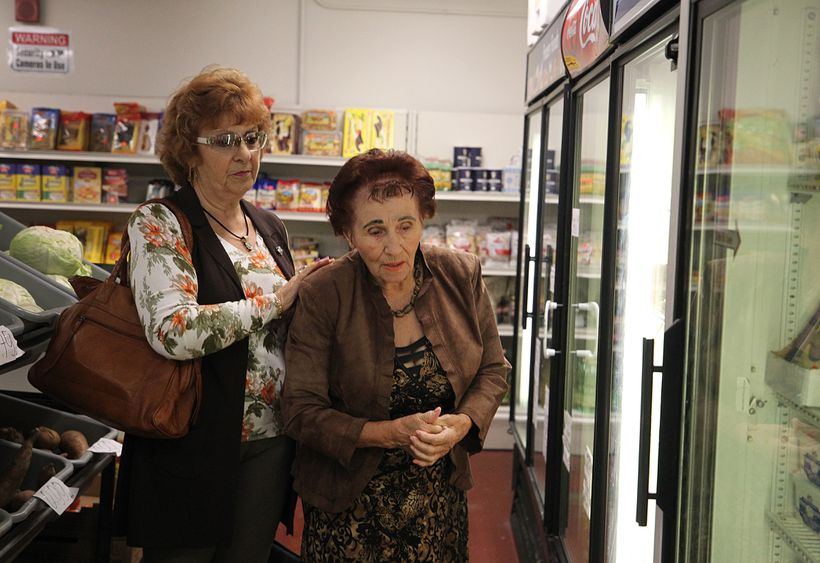 As costs mount, states scramble for new ways to pay for late-in-life care

This article first appeared in the Boston Globe on August 28, 2019. Read the original there.

It’s the late-in-life financial hit that can wipe out your savings and your children’s inheritance. Yet few in middle age want to think about, or prepare for, a time when they’ll need “long-term care” — help with walking, dressing, or going to the bathroom.

The cost of such care is growing as the population ages, straining family finances and Medicaid budgets. Holding out little hope that a gridlocked Congress will come to the rescue, states are jumping into the breach. At least a dozen are crafting policies — ranging from caregiver subsidies to expanded home care services to insurance funded through payroll withdrawals — to help millions of disabled seniors afford personal care assistance.

Massachusetts, long a health policy innovator, has stopped short of a groundbreaking initiative on long-term care. Instead, it’s expanded the rolls for Mass Health, the state Medicaid program that funds nursing home care for low-income residents, makingthousands more residents eligible. And it’s broadened access to another program offering in-home help with activities such as bathing and meal preparation, letting middle-income seniors take part through a sliding scale of co-pays.

“We’re trying to leverage the policies we have to meet our long-term care needs,” said Elizabeth Chen, the Massachusetts secretary of elder affairs.

Other states are experimenting with other approaches. A national advocacy group called Caring Across Generations, which backs state campaigns to bankroll long-term care, counts 11 — including New York, Illinois, Iowa, and Minnesota — working on far-reaching plans.

California and Michigan, among others, are weighing variations of a law passed by Washington state this spring.It will create an insurance fund providingall residents up to $36,500 for expenses such as in-home care, wheelchair ramps, and meal deliveries, as well as nursing home fees. Workers in the state will be assessed a monthly 0.58 percent payroll tax to seed the fund.

“This model will work, and it could be used almost off-the-shelf by every state,” said Jason McGill, assistant director of the Washington state Medicaid program, which projects the plan will save it nearly $4 billion in long-term care costs by 2052.

Other states are looking to a 2017 initiative adopted in Hawaii designed to keep working family caregivers in the labor force. If they work at least 30 hours a week outside the home, caregivers are eligible for stipends of as much as $70 a day to defray the cost of services for their loved ones. Several states are also exploring measures to boost pay for health workers who provide long-term care, making it competitive with other low-wage jobs.

“You can find jobs in the fast-food industry that pay more than home care work,” said Laura DePalma, campaign director at Michigan United, a group that’s organized support for legislation combining an insurance fund with higher wages for care providers.

Chen said Massachusetts officials will watch as other states launch programs. “We’re learning from what others are doing,” she said.

Some in the state’s health policy community believe it’s time for a broad-based approach that would help not only low-income seniors but middle-income seniors as well. “This is a huge and expensive coverage gap,” said Nancy Turnbull, associate dean at the Harvard School of Public Health.

She acknowledged, however, that such a plan “wouldn’t be cheap.”

Long-term care was historically considered a family’s responsibility. But in an era when families are smaller and more geographically dispersed, many have outsourced caregiving. That’s hard on states, which have to sacrifice other priorities to cover Medicaid costs for low-income seniors. And it’s especially tough for middle-class families who don’t qualify for public assistance.

An estimated 14.4 million seniors will have accumulated too much savings to be eligible for Medicaid by 2029 and won’t be able to pay for assisted living without spending down their assets, according to a study in the journal Health Affairs in April.

The average total cost for the roughly half of Americans expected to have significant needs in their old age will be $266,000, according to a National Academy of Social Research report. That could be out of reach for the majority of middle-income seniors.

Long-term care isn’t covered by Medicare, the federal health insurance program for seniors. And only about 7 percent of Americans over 50 have bought private long-term care insurance; such insurance is cheaper when purchased at a younger age, but many middle-aged people are tapped out with such expenses as mortgages and college payments.

“People are getting old, and most haven’t planned for the cost,” said Robert Yee, a New York actuarial consultant who worked on an ill-fated federal government plan more than a decade ago to add a long-term care benefit to the Obama-era health reforms.

The state of Washington’s program, which includes elements of that federal plan, has drawn criticism from both sides of the political spectrum. Some see its mandatory payroll tax as government overreach, while others question whether its benefit will be enough to cover the needs of those with diseases such as Alzheimer’s, who might spend years in assisted living.

Yee, however, said even a modest benefit could fuel a cottage industry of supplemental insurance that could pick up remaining costs and be more affordable than traditional long-term plans. Many private insurers pulled out of the long-term care market over the past two decades as life spans increased, leaving potential buyers with fewer and more costly options.

The experience of the Obama years illustrates the difficulty of enacting long-term care legislation. Architects of the Affordable Care Act backed a companion measure — also signed into law in 2010 — creating a federal long-term care insurance program. But because participation was voluntary, and few young and healthy employees would buy in, it was ultimately deemed unworkable and repealed by Congress in 2013.

Six years later, “long-term care isn’t even on the radar screen” of national policy makers, said John McDonough, a Harvard public health professor and former adviser in the Senate during the development of the Affordable Care Act.

Even in the states, the effort is challenging, said Kristina Bas-Hamilton, legislative director for Local 3930 of the United Domestic Workers in Sacramento, which is pushing for a plan to raise health worker pay and establish a long-term care insurance fund in California.

Advocates for expanding access to long-term care are “fighting with every other crisis out there,” she said. “You’ve got to break through the noise.”

Despite state surveys showing public support for long-term care insurance, many balk at paying more in taxes to fund it. Last November, when a plan to finance a program providing free at-home services through a 3.8 percent income tax was put to a referendum in Maine, one of the nation’s fastest-aging states, voters defeated it 62.8 percent to 37.1 percent.

That hasn’t dimmed enthusiasm among labor leaders for a far-reaching approach.

At a national meeting of health care locals from the Service Employees International Union in Chicago earlier this month, union officials from other states peppered Sterling Harders, president of SEIU 775 in Seattle, with questions about Washington’s insurance program.

“Folks are very interested in what we’re doing,” Harders said. “We hope to be the model in the long-term care field that Massachusetts was in universal health care.”