Aging in America: News and Trends From 2 Summits - Caring Across Generations 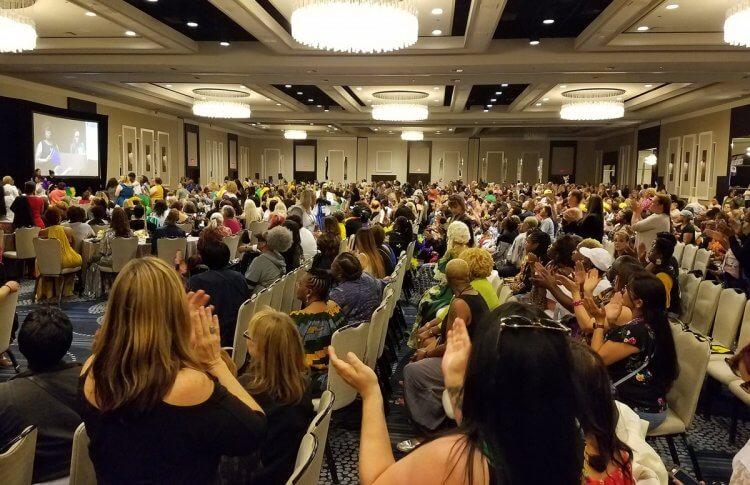 Aging in America: News and Trends From 2 Summits

This piece is excerpted from an article that first appeared in Next Avenue on April 24, 2019. Read the original there.

One hot topic about working: handling, and affording, responsibilities of family caregiving for a parent, spouse or partner. Most of the nation’s 24 million family caregivers are workers age 50 and older, said Lynn Friss Feinberg, senior strategic policy advisor for the AARP Public Policy Institute. And 63% of them care for someone 65+.

One reason: “Paid family leave is not available to most workers,” said Friss Feinberg. The 1993 federal Family and Medical Leave Act requires some employers to provide employees with up to 12 weeks of job-protected leave. But the leave is unpaid and the law excludes employers with fewer than 50 employees, making it available to only 60% of the workforce.

It also doesn’t cover loved ones such as an in-law, an uncle or aunt, a grandparent or a niece or nephew. “That’s a real wake-up call for workers who think they have [family and medical leave] rights but may not,” said Friss Feinberg.

While some employers do offer paid family leave, only 13% of private-sector workers had access to that benefit in 2017, she noted. And often, this leave is limited to new parents taking time to care for a new child.

Some states, however, are “leading the way to enact paid family leave programs,” said Friss Feinberg.

One novel idea I heard that would assist family caregivers: Universal Family Care. It’s a policy proposal from a National Academy of Social Insurance study panel and will be unveiled in detail June 24.

Under this proposal, state residents would pay into the Universal Family Care program, likely through a payroll tax. “Everyone would contribute and everyone could benefit,” said Benjamin Veghte, research director of Caring Across Generations nonprofit.